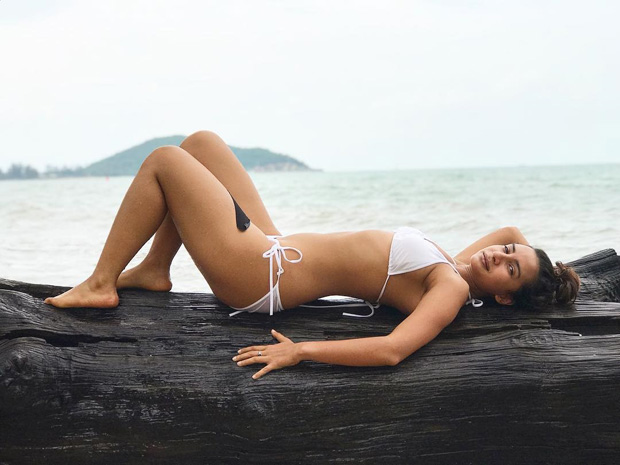 Patralekhaa is not an actress who will be known to many. But those who have seen her debut film Citylights will know that she’s a terrific actress and a performer to watch out for. Since 2016, it has come to light that she’s not exactly the girl-next-door that she played in Citylights. She unleashed her hot side and that’s when a lot of people sat and took notice of her. Of course, the fact that she is dating Rajkummar Rao also brought her in spotlight.

Yesterday, Patralekhaa uploaded a picture that proves that she’s one of the underrated hotties of Bollywood. In this picture, she can be seen wearing a white hot bikini and she’s resting on a log near the sea. Her hot body is on full display and it makes for a sizzling watch. Even her expressions are quite sexy and add to the impact. This drool worthy picture was clicked at her holiday in Ko Samui Island, Thailand recently. For the caption, she posted a quote that said “The ocean is everything I want to be - beautiful, mysterious, wild and free.” She also posted the hashtag of #beachbum.