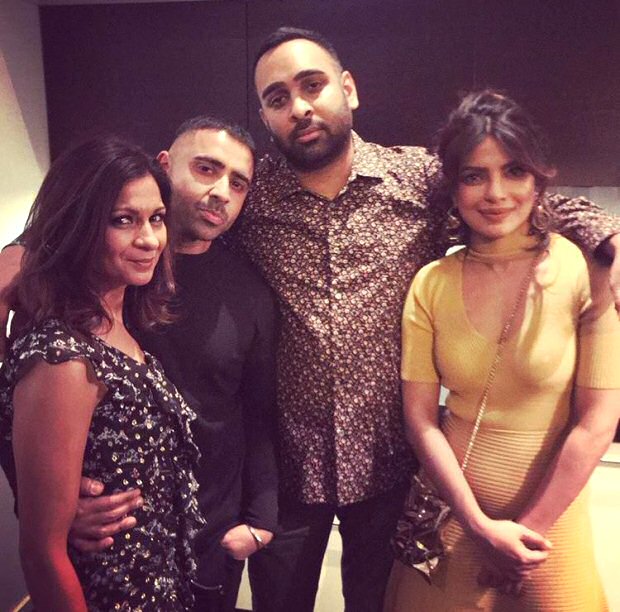 Priyanka Chopra has been busy shooting for the new season of her crime drama series, Quantico. The actress has been filming non- stop in New York City for the upcoming season. While having a busy schedule, Priyanka let her hair down to party with her longtime pal, Brit- Punjabi rapper Jay Sean.

Recently, Priyanka was seen at a party with Jay Sean and her friend and manager Anjula Acharia. Sporting a yellow dress with tied up hair, she was dancing to the music of 'Baby' as Jay rapped the whole night. Anjula shared a video and captioned it, "After the after party... private show by @jaysean."

Priyanka Chopra will be soon returning to India to spend holidays with family and friends. She is all set to perform at an award show and speak at an event held for youngsters.

On the work front beside Quantico, Priyanka Chopra has already wrapped up her next film Isn’t It Romantic which stars Adam Devine, Liam Hemsworth, and Rebel Wilson. It is slated to release on February 14, 2019.