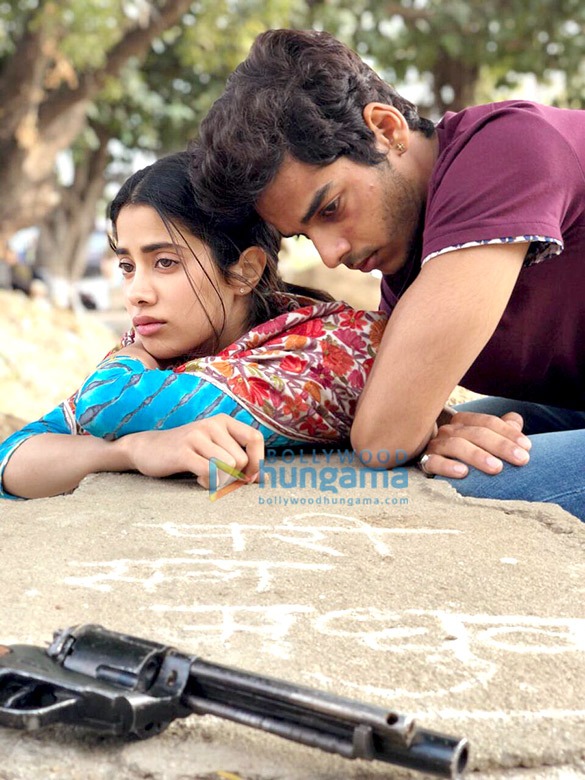 Last month, filmmaker Karan Johar announced that he will be presenting two budding stars, Janhvi Kapoor and Ishaan Khatter in Dharma Productions’ upcoming film, Dhadak. The film is a Hindi remake of Marathi blockbuster Sairat and the filming began in the first week of December.

While the shooting began in Udaipur in Rajasthan, we came across several pictures from the first day of the shoot. Now, Karan Johar has shared an intense still from the film and seems to have revealed the character names as well. Janhvi Kapoor and Ishaan Khatter look in a major stress. Ishaan seems to have a mark on his eye and there's gun placed over their names written on a wall. But, if one closely observes, it is written Pari sang Madhuk in Hindi. This could their character names which Karan has cheekily teased the audience through the picture.

While Jahnvi Kapoor will be making her debut with Dhadak, Ishaan Khatter has already starred in Majid Majidi’s film Beyond The Clouds. Directed by Shashank Khaitan and co-produced by Zee Studios and Dharma Productions, Dhadak is set to release on July 6, 2018.