Globetrotter Priyanka Chopra, who was last seen in Baywatch, is currently busy shooting for the third season of Quantico in New York City. The actress is often spotted on the streets of the Brooklyn and Manhattan where she has been filming the episodes continuously. 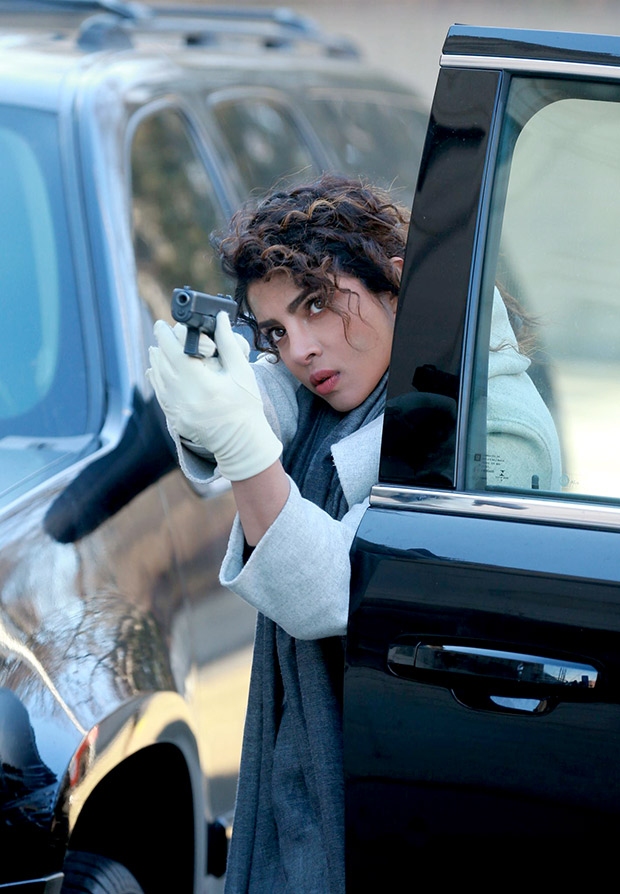 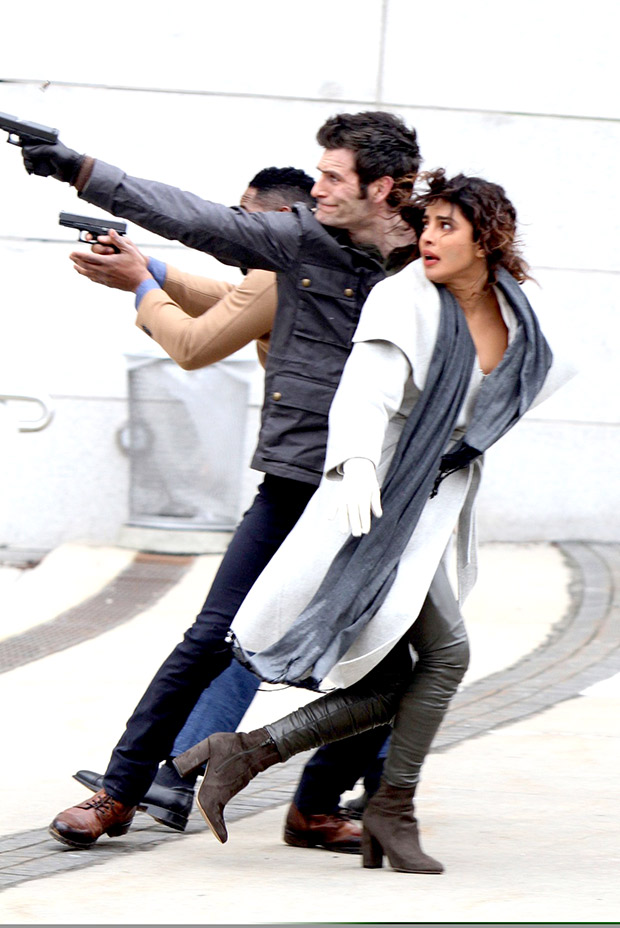 Priyanka was seen rehearsing with her stunt double for the scenes. Her stunt coordinator was explaining and rehearsing action scenes with her. She was pinned down to the ground as paparazzi captured many shots of the same. 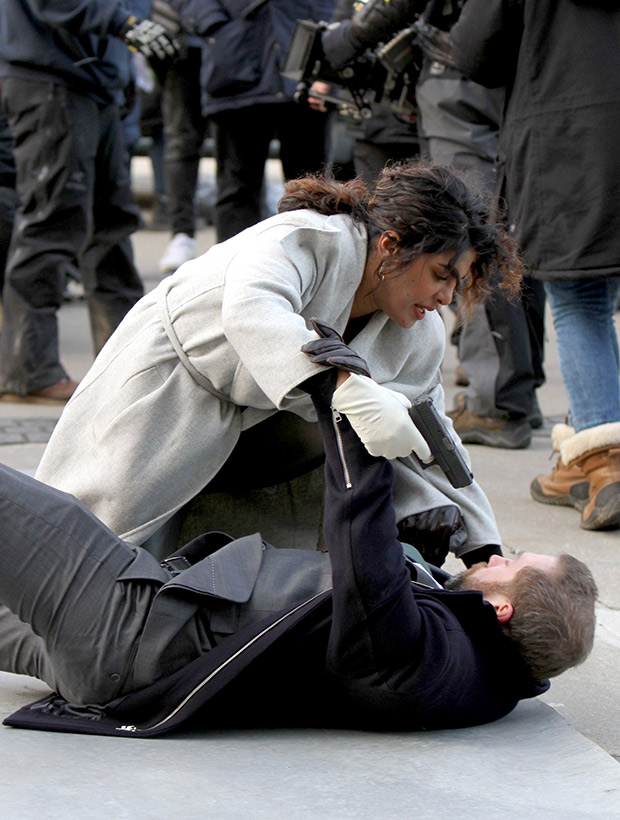 On the sets, Priyanka was covered in a long overcoat in beige colour with white gloves. Keeping herself warm in chilly weather, she wore black leather pants but boots. Curls and tied hair rounded her look. 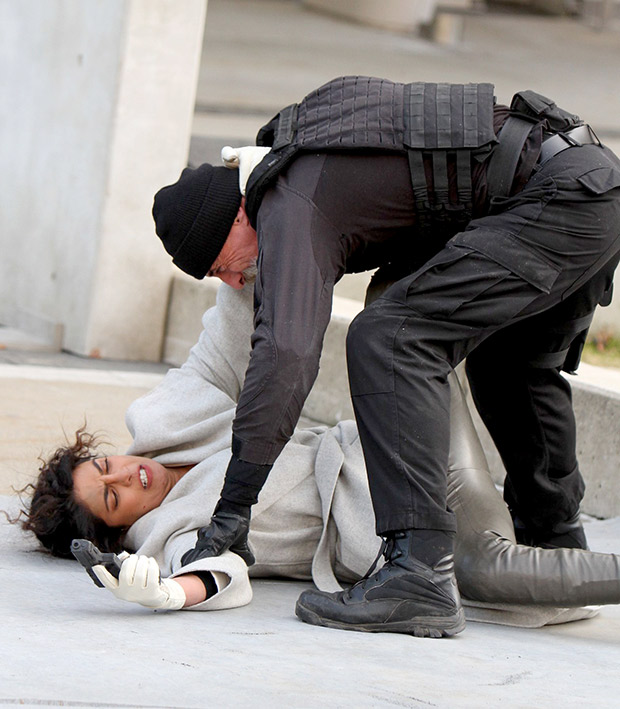 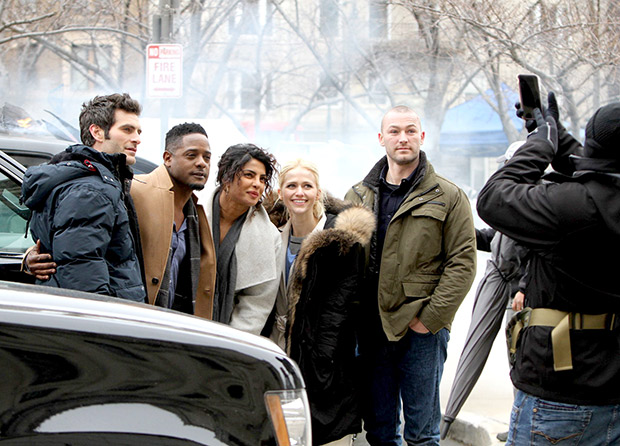 Also Read: Priyanka Chopra is heavily armed on the sets of Quantico in NYC