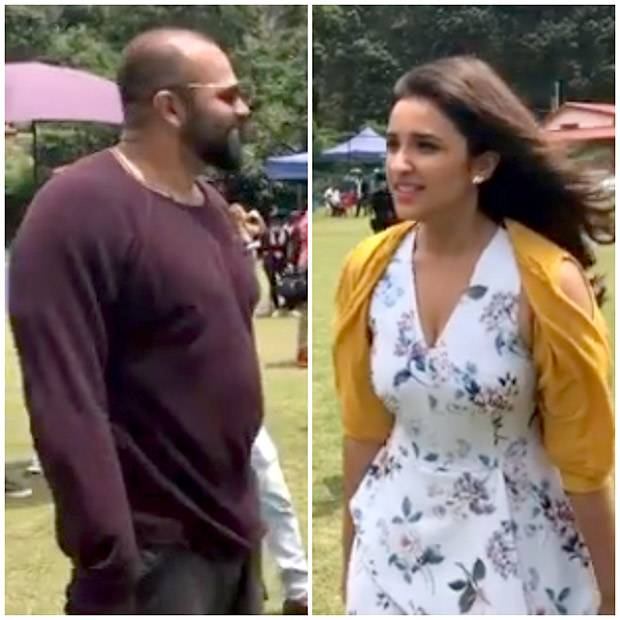 Parineeti Chopra is definitely soaring high on her recent blockbuster Golmaal Again that has entered 200 crore club. The film, helmed by Rohit Shetty, was the fourth installment in this comedy franchise. As Parineeti was the new addition to the team, she really did gel well with the cast.

On Saturday, Parineeti Chopra shared a little throwback video from the sets of Golmaal Again when they were filming the song, 'Maine Tujhko Dekha.' In between shots, she was seen playing cricket with a gang of boys. But, director Rohit Shetty tricked her into taking runs, cheated and got her out.

Technically, it was stump out at non-striker's end which means Rohit was out. Everyone, including him and Shreyas Talpade, ganged up on Parineeti and were seen shouting, "Pari out! Pari out!" A sulking Parineeti, pointing at Rohit, simply said, "This is cheating and you are a cheater."

Sharing the video, Parineeti wrote, "When Rohit sir cheated and got me out!!!! Cheater cheater cheaterrrrr @itsrohitshetty #GolmaalAgain."

On the work front, Parineeti Chopra is currently in New Delhi shooting for Dibakar Banerjee's Sandeep Aur Pinky Faraar with Arjun Kapoor. Produced by YRF, the film is slated to release on August 3, 2018.