Actor Akshay Kumar and actor-comedian Kapil Sharma share a great bond on-screen. Off-screen, too, the duo share an amazing friendship. Since Akshay does multiple films a year, he often visits Kapil's show to promote his films. On the show, Kapil often talks about Akshay's love for fitness and his habit of waking up at 4 am. Now, Kapil has finally witnessed Akshay Kumar's much-talked-about early morning fitness routine. 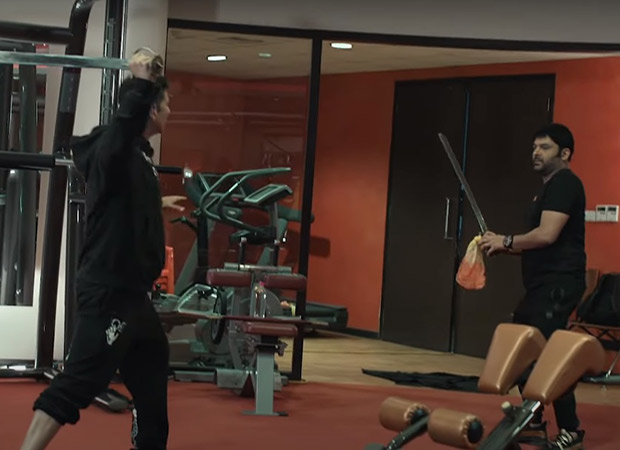 Watch: Kapil Sharma runs away from Akshay Kumar after he tries the actor’s 4 am workout routine

Ahead of the release of Akshay Kumar's Samrat Prithviraj, the duo collaborated for a fun fitness video (or comedy video, you be the judge). The video begins with Kapil contemplating at 2.30 am whether he should go to bed or stay up till 4 am so that he does not get late for his meeting with Akshay Kumar. Kapil is the seen brushing his teeth frantically and heads out of his home before dawn to meet Akshay. At the gym, Kapil tries to make excuses to not work out while Akshay makes him do different forms of exercise. During their banter they also talk about Akshay’s upcoming movie Samrat Prithviraj. Akshay also shows him the real sword with which he would practice for his scenes in the film. When Akshay gets Kapil to start a sword fight, the comedian smartly runs away from the gym.

Speaking of Samrat Prithviraj, Akshay Kumar will be playing the titular role alongside other actors such as Sanjay Dutt, Sonu Sood, Ashutosh Rana among others. The film also marks the debut of former beauty pageant winner Manushi Chhillar and it is directed by Dr. Chandraprakash Dwivedi. The film is slated to release on June 3, 2022.

ALSO READ: Akshay Kumar poses with a tea cup in leaked pictures from the sets of Soorarai Pottru remake