Akshay Kumar has multiple films in the pipeline. The actor, while busy promoting his upcoming film Prithviraj, is also squeezing in the time to shoot for his upcoming projects. In April this year, Akshay Kumar and Radhika Madan kickstarted the shoot of the Hindi remake of the hit Tamil film Soorarai Pottru. The film is being directed by Sudha Kongara Prasad who also directed the original. 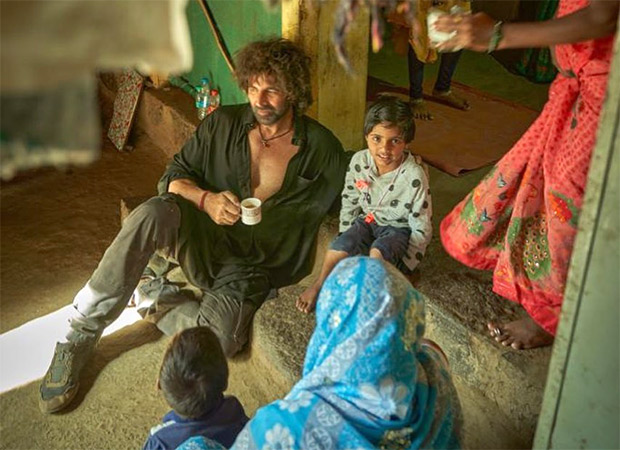 On Friday, a picture of Akshay Kumar on the sets of Soorarai Pottru went viral on social media. In the picture, the actor sporting disheveled long hair is seen sitting outside a mud house. Holding a cup of tea in his hand, the actor is seen comfortably seated on the floor near the steps of the house entrance.

Akshay Kumar had started the shoot of Soorarai Pottru remake after completing a schedule for the film Selfiee with Emraan Hashmi. Soorarai Pottru starred Suriya and Aparna Balamurali in the lead. The film was partly inspired by events from the life of Simplifly Deccan founder G. R. Gopinath as described in his memoir Simply Fly: A Deccan Odyssey. The Hindi remake of Soorarai Pottru is likely to be set in a North India backdrop.

ALSO READ: Watch: Akshay Kumar confesses that one of his girl fans ran away from home for him