Content Czarina Ekta Kapoor has been mastering multiple mediums at the same time dominating the silver screen, television as well as the digital medium simultaneously. Ekta Kapoor is all set to revive one of her most iconic shows Kasautii Zindagii Kay on the small screen years after the original show ended, creating immense excitement amongst the audience. Fans can't keep calm as the romantic saga is marking its return on the small screen. Keeping the fans excited about the reboot, she has superstar Shah Rukh Khan on board to kick off the reboot. 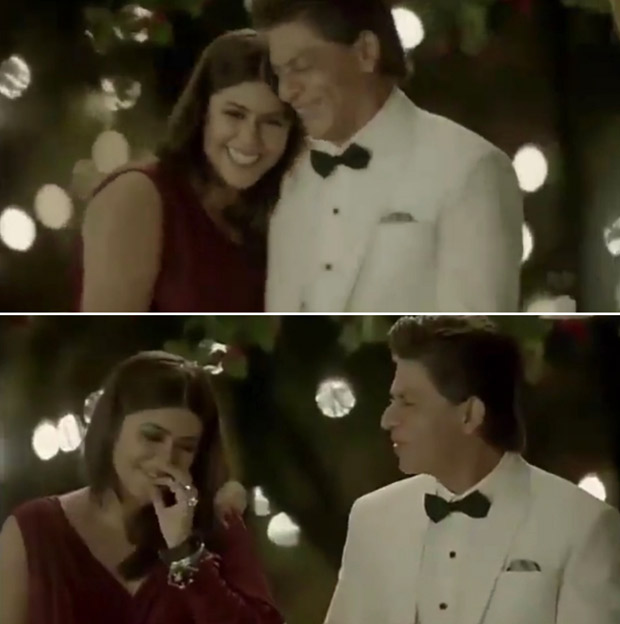 Shah Rukh Khan began his career with Television. The actor starred as Captain Abhimanyu on 1988 show Fauji. He then went on to star in Circus TV show before making his film debut with Deewana. But, he did go back to Television by hosting game shows. His last stint on TV was TED Talks which will return for the second season as well. With that being said, the actor is going to kick off the reboot of the show with Shah Rukh Khan.

According to the leading daily,  Ekta Kapoor had met Shah Rukh Khan at a party recently and he agreed to do the promo video for Kasautii Zindagi Kay. And guess what? The first teaser promo from the reboot featuring SRK and Ekta is out. The superstar is seen discussing timeless romance and teasing the love of her life. Before he says anything else, she just says, "I love you, Sir."

The original Kasautii Zindagi Kay began in the early 2000s which starred Shweta Tiwari as Prerna Sharma and Cezanne Khan as Anurag Basu. The reboot will feature Erica Fernandez and Parth Samthaan taking over the lead roles. The show has begun filming and the first promo was out recently with same opening titles like the original.

Also Read: EK VILLAIN sequel on the cards: Karan Johar joins hands with Ekta Kapoor for the second part of the romantic thriller