Disha Patani is all set to begin her upcoming film Bharat starring Salman Khan and Priyanka Chopra. While the actress is currently prepping for her role in the film, director Ali Abbas Zafar took to social media to praise Disha. The actress will be seen portraying the role of a trapeze artist in the film and has been currently training for the same. 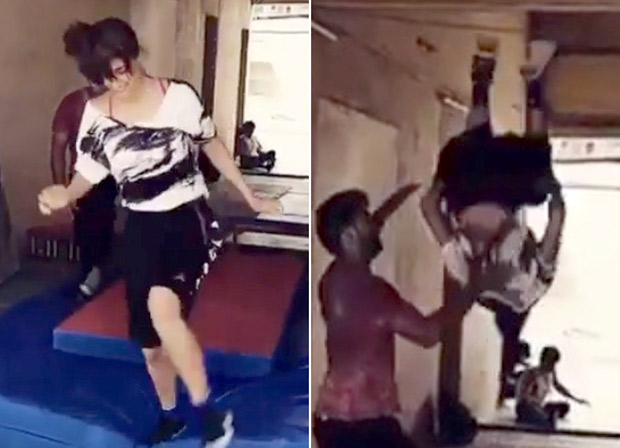 Amidst heavy rains in Mumbai, Disha Patani continued her rehearsals and impressed director Ali Abbas Zafar who took to social media to laud her dedication. He shared a video of Disha's training in which she nailed a perfect flip and wrote, "And with such heavy rains outside , dedicated , hard working @DishPatani continues her @Bharat_TheFilm shoot rehearsals.”

In Bharat, Disha Patani will be seen portraying the role of a trapeze artist in circus set in the 1960s. The actress will be playing a pivotal part in the film and has a strong character. Disha, who is just a couple of films old in Bollywood, had earlier shared the excitement by saying, “I’m excited to be a part of Bharat, it’s like a dream come true to get an opportunity to work with Salman sir and I can’t wait for the journey to begin. I am a big fan of Ali Abbas sir’s work”.

After the back to back success of M.S. Dhoni – The Untold Story and Baaghi 2, Disha Patani will be next seen in the upcoming film Bharat along with superstar Salman Khan.

Also Read: Whoa! Disha Patani to learn the skills of a trapeze artist in a MONTH for Salman Khan starrer Bharat