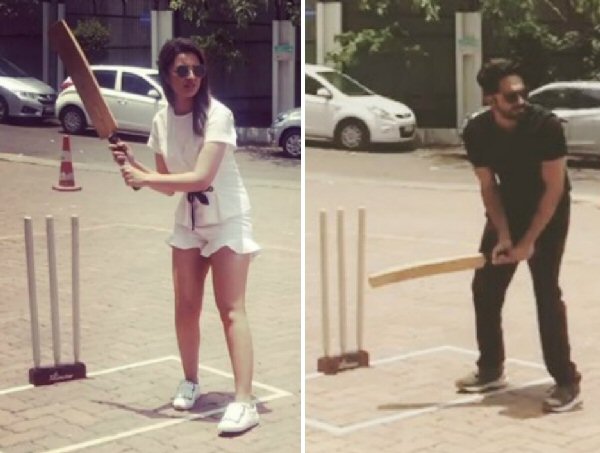 Ayushmann Khurrana and Parineeti Chopra are leaving no stone unturned for the promotions of their upcoming film, Meri Pyaari Bindu. Not only are they starring in the film, but they have also crooned songs for it.

While the promotions are on in full swing, both of them have shown interest in cricket. As the Indian Premier League (IPL) season 10 is on, Parineeti and Ayushmann have caught the cricket fever.

During the promotions, they met a couple of IPL cheerleaders and indulged in a game of cricket this morning. Parineeti Chopra was clearly enjoying the game and hitting sixes. She shared a video and wrote, "Cricket mornings!!!!!! Obviously only hitting sixes. #iplt20 #MeriPyaariBindu." Ayushmann also looked like a pro who was hitting sixes one after another. He wrote, "Lefty and righty #ambidextrous."

Directed Akshay Roy, Meri Pyaari Bindu is slated to release on May 12, 2017.