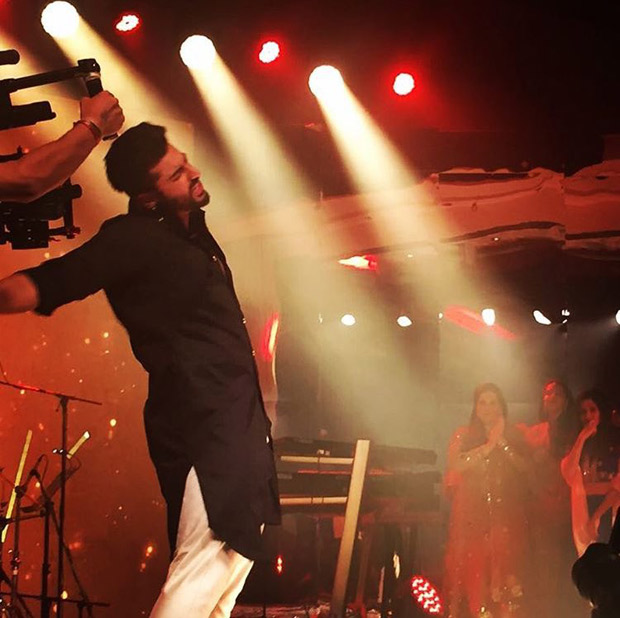 Sonam Kapoor and Arjun Kapoor big Kapoor clan is known for living up their glamourous lives. As their cousin Akshay Marwah got married last night, the pre-wedding functions were grand just like any big fat Punjabi wedding.

The huge Kapoor family with Marwah family came together at Abu Dhabi’s luxe Emirates Palace for the wedding ceremony of Anil Kapoor’s nephew, Akshay Marwaah. The mehendi ceremony was amazing but the fun part started when entire dance floor was on fire with some crazy moves during the Sangeet ceremony. Sonam Kapoor and Arjun Kapoor were joined by their oldest cousin Mohit Marwah as they danced on Arjun's song 'Tune Maari Entriyaan' from Gunday. The crowd went crazy seeing all three cousins dance their hearts out.

Arjun Kapoor also danced with his uncle Anil Kapoor on the latter's hit track 'My Name is Lakhan'. The entire family came on the dance floor to have a blast. Arjun also danced with his little cousin and Sanjay Kapoor’s son Jahaan Kapoor on Varun Dhawan's 'Saturday Saturday'. It seemed like Arjun did not like stopping as he danced all night and grooved to his song 'Chokra Jawaan'. He shared a photo of him caught in a moment of dance and captioned it, “Dance like no one s watching !!! #akmash was a blast... old friends new memories & the big fat Punjabi wedding..One of my brothers got married today I wonder which one of us is next ??????”

After the wedding that took place on Monday, Arjun Kapoor headed to London to begin the next schedule of his film Mubarakan.