While we’re all aware of the Vivek Oberoi-Aishwarya Rai Bachchan-Salman Khan relationship triangle from back in the day this move from Vivek’s end was the last thing we expected. Vivek Oberoi has been quite outspoken in the past about his views and this time too, he is not shying away from mentioning the elephant in the room. 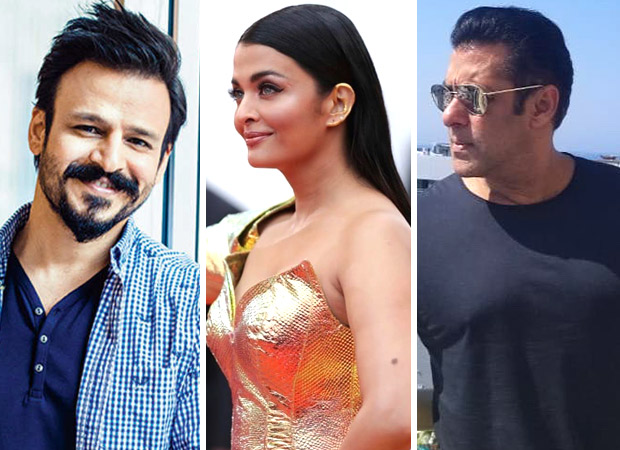 The netizens are known to make memes out of situations that we do not expect the celebrities to talk about. However, this particular meme grabbed Vivek’s attention for all the right (or wrong) reasons. In reference to the Lok Sabha elections of 2019, Vivek Oberoi’s love triangle situation was addressed and we don’t know how to react towards it. in the first picture of the collage, you can see Salman Khan and Aishwarya Rai Bachchan with the title ‘opinion poll’ while Vivek and Aishwarya’s picture said ‘exit poll’ and lastly, for the ‘result’ part, it had Aishwarya, Abhishek Bachchan and their daughter Aaradhya Bachchan smiling wide. As controversial as it gets, he captioned his tweet as, “Haha! ???? creative! No politics here....just life ???????? Credits : @pavansingh1985”

Sonam Kapoor Ahuja took to her Twitter to condemn his act and called it classless.

On the work front, Vivek’s movie PM Narendra Modi biopic was slated to release last month, but due to the elections, the Election Commission postponed the release to May 24 calling it a hagiography.