Actor Vivek Dahiya, who has been getting some great responses for his performance in the recently released ZEE5 Original film State of Siege: Temple Attack visited the divine Temple of Akshardham in Gandhinagar, Gujarat, accompanied by his wife Divyanka Tripathi. The film is interestingly inspired by real events as well. From its story to the direction, every bit is aesthetically knit to give us an impressive watch. 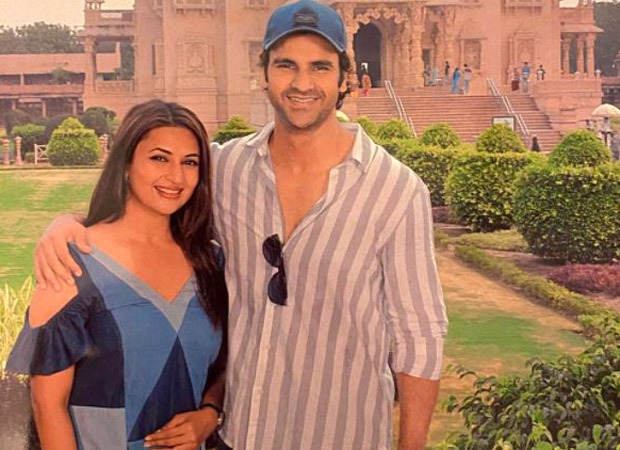 Vivek plays the role of Captain Rohit Bagga, an NSG commando who is new to the team but is sent to rescue hostages who are being held by terrorists at a famous temple. The actor who was on a trip to celebrate his anniversary with his wife Divyanka Tripathi took some time off and visited the temple to seek blessings.

The actor took to his social media and posted a picture where he can be seen standing with his wife and the Akshardham temple in the background. He wrote, "Biggest highlight of our trip so far. #Akshardham temple happened to reopen after 95 days today and we co-incidentally happened to be right here in the city. You summon when the divine calls ????"

Vivek Dahiya is the only actor who has been a part of both the projects in ZEE5's State of Siege franchise. The film marks the OTT/digital debut of actor Akshaye Khanna, who is also playing the role of an NSG officer, along with Vivek Dahiya, Gautam Rode, and Akshay Oberoi in Cameo. The dream team who created State of Siege: 26/11, Contiloe Pictures (Abhimanyu Singh) is back to produce the film directed by Ken Ghosh who helmed the hugely popular and successful Abhay 2 as well. Lt. Col (retd.) Sundeep Sen (who was the second in command at the NSG during the 26/11 Mumbai attacks) was a consultant on both the State of Siege projects.

State of Siege: Temple Attack is currently streaming on ZEE5.