State of Siege: 26/11 was one of the first web series that was released on ZEE5 after the pandemic hit the entire world, which was a tribute to our brave Indian soldiers who sacrificed their lives for the country. Earlier this year, the platform announced a film a tribute to our soldiers, saluting the brave Indian spirit and continuing the legacy of the Siege series. The original film is titled State of Siege: Temple Attack which is inspired by true events. The makers of the film released the teaser of the film which reminds us of the NSG heroes who fought for us. Vivek Dahiya plays a pivotal role. 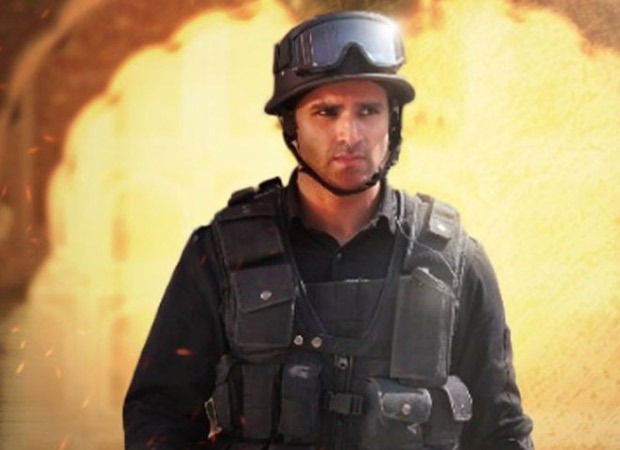 "My experience working with Colonel Sen was extraordinary. He is a gentleman with an astounding amount of experience. His anecdotes are inspiring and it's always a pleasure meeting him! He has a warm and vibrant personality and we actually hit it off right from day one! We also had something in common, he had a natural understanding of JAATs as I am a JAAT myself. I hail from Haryana and NSG commandos also have a significant number of JAATs in the unit. So, there were a lot of jokes around that and we shared an amazing camaraderie," says Vivek Dahiya.

“The second association with ZEE5 and State of Siege franchise was very smooth compared to the first one. During my first association for 26/11, I was not very well versed with the process of filmmaking and other aspects of it, while this time for Temple Attack, it was very easy for me to share my inputs. Also, the production team is almost the same and now I know and understand the process which helped me give concrete suggestions," added Colonel Sundeep Sen on State Of Siege: Temple Attack.

Akshaye Khanna back in the uniform after many years, Vivek Dahiya back as an NSG commando after State of Siege:26/11, and Gautam Rode. The dream team who created State of Siege: 26/11, Contiloe Pictures (Abhimanyu Singh) is back to produce the film which will be directed by Ken Ghosh who helmed the hugely popular and successful Abhay 2 as well. Lt. Col (retd.) Sundeep Sen was a consultant on both the State of Siege projects.

State of Siege: Temple Attack is slated to premiere on 9th July on ZEE5.