Last Updated 24.09.2022 | 9:35 PM IST
feedback language
follow us on
Bollywood Hungama » News » Bollywood Features News » Vivek Agnihotri: I have nothing against Naseeruddin Shah but the Theatre Artiste movement is being used to CONFUSE people against BJP

Vivek Agnihotri who came out with The Tashkent Files starring Naseeruddin Shah spoke exclusively to Bollywood Hungama about his political ideology, his opinion about Shah and the fact that they have opposing thoughts about the government. 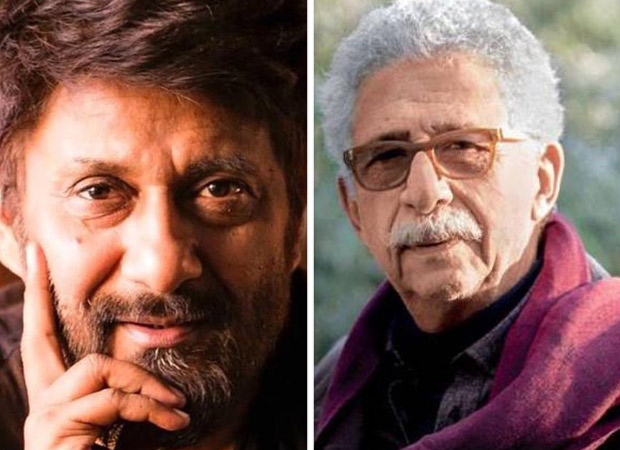 Vivek Agnihotri: I have nothing against Naseeruddin Shah but the Theatre Artiste movement is being used to CONFUSE people against BJP

After being asked about Naseeruddin Shah being his friend but at the same time having different political ideologies he said, “Naseer is my favourite actor.” He further stated, “If you ask me about the best character ever portrayed in Indian cinema, it is Naseer in Mandi and Naseer in Sparsh. These are textbook cases and nobody can do better than him.”  He could not stop waxing lyrical about Naseeruddin Shah throughout. He said, “He is a thorough gentleman. Whenever I talk to him, I learn something about him, about the world. I see his plays and love them. Professionally I have nothing against him.”

Moving on, he then spoke about what he feels about Naseer as a political commentator. He said that their views don’t match but still they are nothing but respectful towards each other.

Then he moved on to the ongoing theatre artiste movement in the country of which Naseer was a part of along with 600 other theatre artistes.  He said he had a problem with the artistes naming the party. He said, “If they are naming the party (BJP) then they are definitely working for another party.” He further said that either they have an agenda for the opposition party of they are calling their group a party. He said, “They are saying don’t vote for BJP. Don’t vote for them and do what? Sit at home? If they are saying as do not vote for the party as 600 individual citizens, then I have deep respect for them. “

He said as theatre artistes, they are using their profession to confuse people as they know something better than theatre artistes. He pointed out that direct beneficiaries of the government like auto drivers, housewives, etc. need to voice their opinion. He even said that the members of this theatre actors’ association are privileged and their lives won’t change whichever government comes to power.