Vishal Jethwa has given Hindi cinema a villain that will forever be cherished. With his cold-blooded act in Mardaani 2, Vishal glided into the hearts of audiences and established himself as an actor to watch out for. On the sixth anniversary of the first film of the superhit female cop franchise headlined by Rani Mukerji, Vishal opens up on how this film will always remain his favourite. 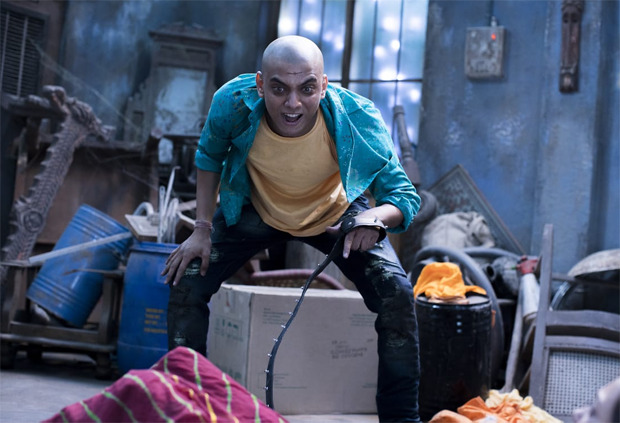 “Mardaani is and will always be my most favourite film because it has been very special in my life. I was blown away by the film when I saw it after I was cast for the sequel! I was delighted that I was part of the sequel of this outstanding film. What I loved about Mardaani was that the film gave a brand new thriller to the audience and it revolved around a female cop. That was new and it was really cool to see a woman cop taking on such an evil person,” says Vishal.

Vishal was blown away with Tahir Raj Bhasin, who played the villain in the first film of the franchise. “I loved Tahir Raj Bhasin’s interpretation of a spine-chilling villain. I also loved that the film was thoroughly entertaining and also delivered a very important message on child trafficking,” he says.

Vishal bagged several Best Debut awards for his powerful performance in Mardaani 2. He says, “I was proud to take the franchise forward along with the incredible Rani ma’am and give Indians a villain that they have showered so much love on. I wanted to do justice to the madness of my character and I wanted to do it well because there is always an expectation about Mardaani films.”

Vishal thanks his director Gopi Puthran, who had also written the first film, and his producer Aditya Chopra, for their trust in his ability to deliver on-screen. He says, “I’m thankful to my director Gopi Puthran for trusting me, my producer Adi Chopra for giving me the scope to shine in this brilliant film and Shanoo Sharma for putting her faith in me and nurturing me.”

The young actor says he prepared his heart out for the role. Vishal says, “I worked really, really hard for the film and I’m thankful that it paid off really well for me. I’m grateful to the audience that they really took to the madness of my character because I followed my gut and the script to shape it.”