Virat Kohli and Anushka Sharma or Brand Virushka are one formidable pair, commercially and personally. Individually, they are successful in their respective fields but together they are unstoppable. They have appeared on a television commercial before their secret wedding and it created history. Now, they are back on screen and we can't wait to see the ad. Their chemistry is palpable in behind the scenes video and pictures, giving us an idea of how grand the commercial will actually come out. Bollywood and cricket is a winning combination always and it is extremely exciting when the former marries the latter! Check out the photos and videos below and tell us what you think. 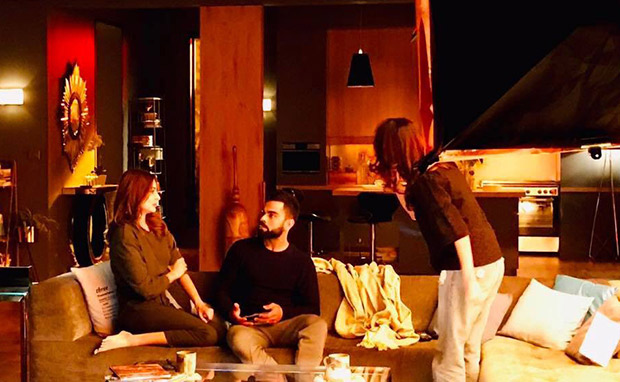 @AnushkaSharma & @imVkohli while shooting for an Ad today ???????? #Virushka pic.twitter.com/WLcdvYDtDI

On work front, Anushka will be seen in Shah Rukh Khan's Zero where she is playing a specially abled scientist. The trailer of the movie shows her amazing transformation. This year has been extremely special because she has had three releases just after her marriage and all of them gritty, performance oriented roles! Pari, Sui Dhaaga and Zero will establish her as a formidable actress par excellence. The couple celebrated their first Karvachauth and Diwali at their home in Mumbai. The couple looks crazy in love and we can't wait to catch that chemistry on television soon!