Fast & Furious 9 trailer is here and it has a lot of surprising returns and an emotional tribute to Paul Walker. Dominic Toretto aka Vin Diesel and his brother-in-law Brian (Paul Walker) part ways at the end of Fast & Furious 7 in 2015 as the latter retires from the fast life. This tribute was due to the untimely passing of Walker as he passed away in a car crash in 2013. The farewell was given with a theme song 'See You Again' performed by Charlie Puth and Wiz Khalifa. 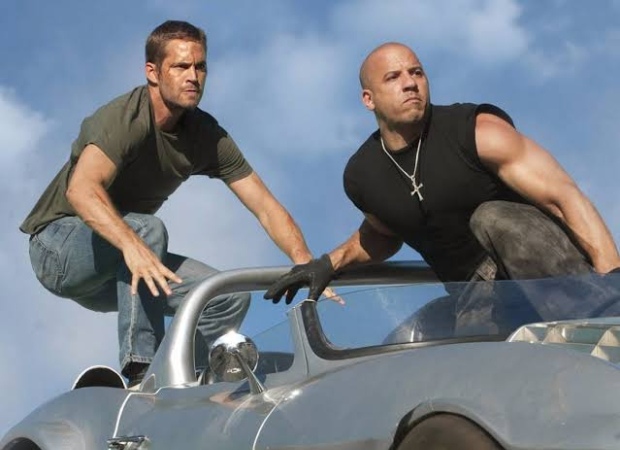 A new instrumental version of the song has been used at the beginning of the ninth installment which shows Dominic and Letty (Michelle Rodriguez) settled in their life with his son, Brian, whose mother (Elena, played by Elsa Pataky) died in The Fate of the Furious.

Speaking about the emotional moment, director Justin Lin spoke to Entertainment Weekly and said, "It was important because as the Fast family we take a lot of pride in the journey. In front of the camera, you’re seeing our characters age, and behind the camera, we’re all growing together, we started families, all of our kids are growing up together. And so I really thought it was important to acknowledge that with Dom, Letty, and little Brian. And to be able to acknowledge that in a big action franchise, I thought it was important to connect that to other pieces of the family."

Vin Diesel’s Dom Toretto is leading a quiet life off the grid with Letty and his son, little Brian, but they know that danger always lurks just over their peaceful horizon. This time, that threat will force Dom to confront the sins of his past if he’s going to save those he loves most. His crew joins together to stop a world-shattering plot led by the most skilled assassin and high-performance driver they’ve ever encountered: a man who also happens to be Dom’s forsaken brother, Jakob.

ALSO READ: Fast & Furious 9 CONFIRMED for Eid 2020; THREE-WAY clash with Radhe and Laxmmi Bomb is ON!