In the most tragic news, LA Lakers' basketball superstar Kobe Bryant passed away in a tragic helicopter crash on Sunday, January 26 in Calabasas. Kobe along with his 13-year-old daughter Gianna died in the crash. Their friends and pilot also did not survive the tragic crash of their private helicopter. Condolence and tributes from all around began to pour as Vanessa Bryant and her three daughters along with family and close friends mourned the loss of their family members and everyone else who died in the crash. 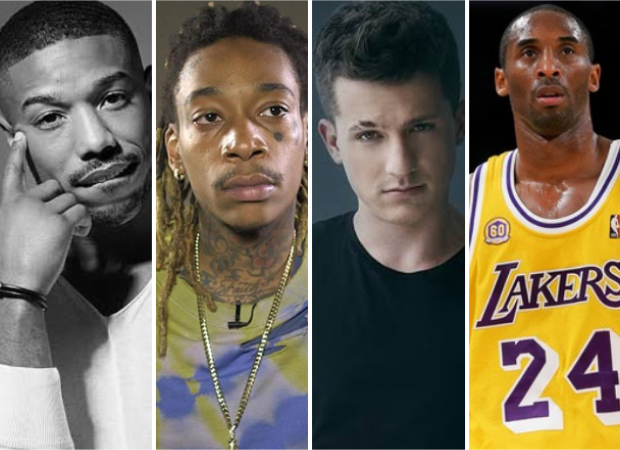 A day ago, Lakers had their first game since NBA player's death and tributes were paid for the late legendary player and his daughter. A jersey of 24 of Kobe and his daughter 2 was kept on separate chairs at the game. In the pre-game broadcast on ESPN, they aired a phenomenal tribute with the help of former players and broadcasters and the video narrated by Black Panther actor Michael B. Jordan. "Every day can be a chance to lift yourself, just a little bit higher, make yourself just a little bit better. That was the Mamba Mentality," he said.

"Every day can be a chance to lift yourself, just a little bit higher, make yourself just a little bit better. That was the Mamba Mentality."@michaelb4jordan sums up the emotions of the past few days. pic.twitter.com/xlpM6HdGVS

At halftime, Wiz Khalifa and Charlie Puth performed 'See You Again' in honour of Kobe Bryant, Gianna and all the victims who died in the crash. "To the late Kobe Bryant," Wiz said. "Peace and blessing to his entire family. His legacy is gonna be remembered. We love you Kobe."

"It's been a long day without you my friend, and I'll tell you all about it when I see you again." pic.twitter.com/ABAO6LiYuX

"Rest In Peace to the late, great Kobe Bryant." pic.twitter.com/jmqQMVC2UO

The song was released in 2015 as a part of Fast & Furious 7 soundtrack and was dedicated to the late Paul Walker.