Bollywood Hungama in December had put up an article, informing about the mother of all clashes happening at the box office during Eid 2020. As it happens every year on this festival, a Salman Khan-starrer is already scheduled to release. Titled Radhe - Your Most Wanted Bhai, it co-stars Disha Patani, Randeep Hooda and Jackie Shroff and is directed by Prabhudheva. While Salman usually comes solo on Eid, this time he’ll be joined by Akshay Kumar as he brings his horror comedy Laxmmi Bomb on May 22, 2020 as well. It also features Kiara Advani and this Raghava Lawrence directorial is the remake of popular Tamil film Muni 2: Kanchana. If you that was enough, then you are mistaken. In February last year, it was revealed that Fast & Furious 9 will also arrive on this day! 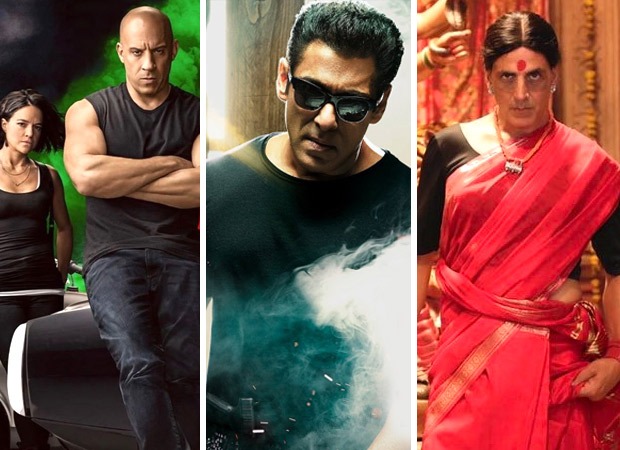 Fast & Furious 9 CONFIRMED for Eid 2020; THREE-WAY clash with Radhe and Laxmmi Bomb is ON!

A few hours ago, the much-awaited trailer of Fast & Furious 9 was released and has met with an excellent response. The official social media handles of Universal Pictures India too uploaded the trailer and many expected that the release date of India might be changed to avoid clash. However, they have made it clear that the action packed flick will release on May 22 worldwide, including in India!

The initial parts of Fast & Furious weren’t that big in the country, box office-wise. But things began to gradually from the fifth part, which came in 2011. Fast & Furious 7 had taken the biggest opening for a Hollywood film in 2015 then and was the first Hollywood film to cross the coveted Rs. 100 crore mark. The series is extremely popular and its lead actor Vin Diesel is recognized and loved even by non-English speaking audiences.

Fast & Furious 8, which released in 2017, couldn’t cross the Rs. 100 crore mark but still did huge business of Rs. 86.23 crore. Hence, the expectations are immense from the ninth part as well. That it releases on a festival can give it an added boost. However, with two other films clashing on the same day, trade is worried as not just audiences, but even business will get divided. A small section of trade is hopeful that at least one out of these three films will bow down and opt out of the Eid race. But as of now, the three-way-clash on Eid 2020 is very much on!