Netflix is obsessed with Radhika Apte is a fact accepted not only by its subscribers but by the streamer itself. Netflix has even punned on it several times to align with the growing belief that the streamer just can't move on from Radhika Apte. Now how did people ascertain that Apte is a Netflix girl? In 2018, three originals from streamer released back to back which had the actress in them - Sacred Games, Lust Stories, and Ghoul. From jokes to memes, Apte was everywhere on social media for the same. OTT platform had even gone ahead and called itself just another Radhika Apte fan account. 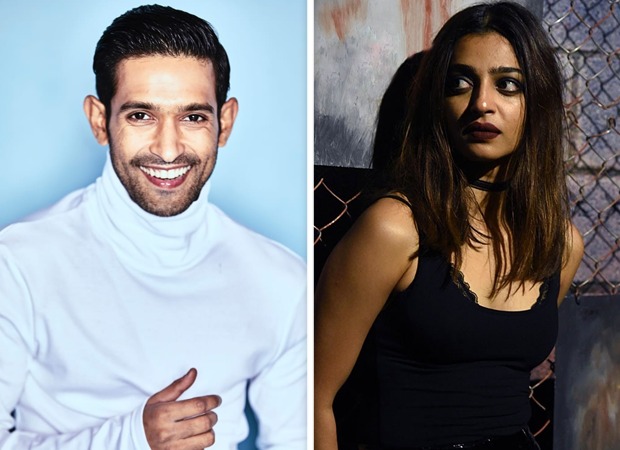 When the actress was asked about it, Apte felt really happy to be the Netflix girl. In fact, recently when Raat Akeli Hain released on OTT, Netflix released a promo with just Apte in it, marking her return. But it seems they may have finally moved on and are not even aware of it. Remember it was social media which made Netflix aware of its love for all things Apte! We feel Vikrant Massey could be Netflix's next obsession. Let us present our case here.

In the last two months, three movies with Vikrant in key roles have released on Netflix. First, it was Cargo, a futuristic film where demons and humans have come up with a harmonious treaty with the backdrop of reincarnation. The movie released on September 9.

Then came Dolly Kitty Aur Chamakte Sitaare which released on September 18. Although the movie was more focused on Bhumi Pednekar and Konkana Sen Sharma's lives, Vikrant played a perfect player. Such a smooth-talker that it's easy to get swayed by his words. The actor did a fab job of bringing out the character.

This month began with Ginny Weds Sunny that hit Netflix on October 9. It was fantastic to see Massey in a role we aren't used to seeing him in. He is flamboyant, slightly uncouth, and damn cute. The whole Punjabi swag works fabulously on him.

This does prove our hypothesis a bit that in the last two months, Netflix had more content on Vikrant Massey than any other Indian actor. So can't we say the OTT platform is obsessed with him now? Think about it.