Known for her Indian traditional avatar, Vidya Balan has time and again played powerful roles in women-oriented films. Her last film Begum Jaan too presented her in a brazen and bold avatar and now, the National Award-winner is gearing for the release of her highly anticipated happy slice of life film, Tumhari Sulu. While she continues to finish her Bollywood commitments, the actress recently took off to Singapore to fulfill two of her other commitments in the country.

It is learnt that Vidya was recently invited for an India expo organized by De Ideaz in Singapore. After a warm welcome by the organizers, a montage of the talented actress’ most loved films was presented to the audience. Undoubtedly, Vidya was touched to witness the response her films garnered outside India. A surprise dance sequence was planned to Balan’s most famous songs. Sportingly, the versatile actress shook a leg with the dancers on being requested, followed by a heart-to-heart conversation. The organizers also arranged for competitions wherein girls recited Vidya’s well-known dialogues and guys proposed to her in a filmy way. 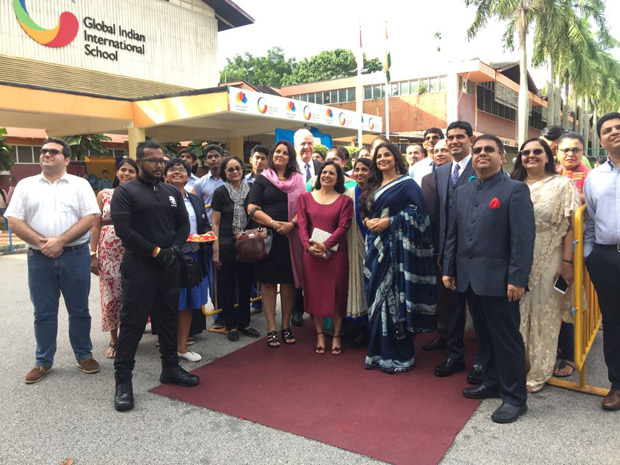 Soon after, Vidya went off to honour another invitation by Global Indian International School, where she delivered a talk about leadership and creativity as a pathway to success. While they got inspired by her encouraging words, the students of the school were also excited to see Vidya in person. The Padma Shri awardee engaged with the students and urged them to focus on being the leaders of their own lives first by being authentic and true to themselves.

A source close to the actress said, “Vidya was great with the students and fielded questions with such wit & charm. She was also seen enjoying the performances put up by her fans at the Expo.” 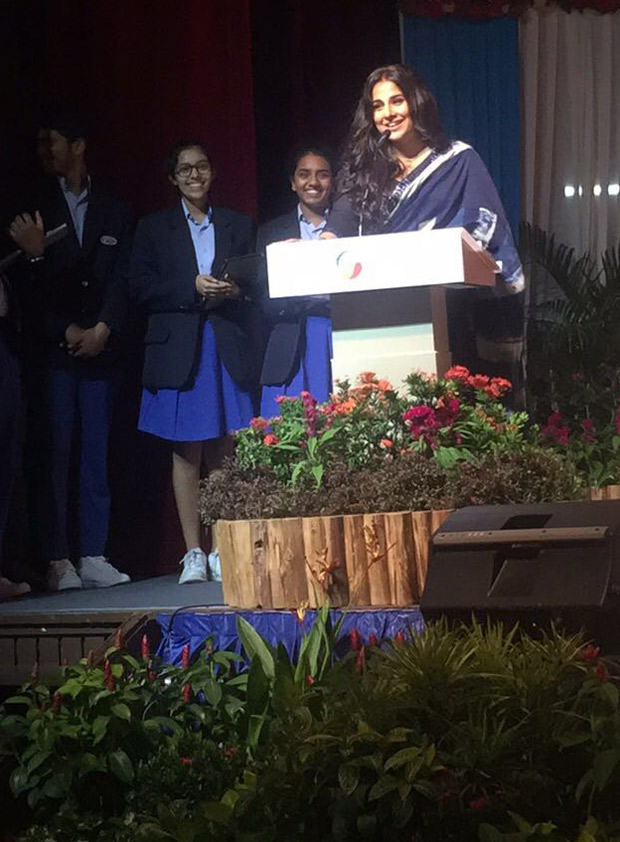 Talking about her experience in Singapore, Vidya said, “Meeting fans in Singapore was so much fun.  They were so excited, warm and welcoming. I always love such interactions where I get to witness how Indian cinema is perceived globally.”