Ranveer Singh is back to his usual antics. However, this time the actor took the opportunity to deliver an important message to his fans without talking. A video of the actor standing on the roof of his car surrounded by his fans is going viral on social media. 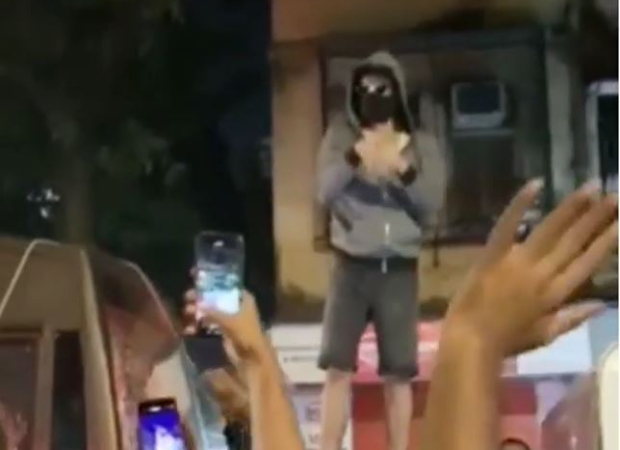 In the viral video, Ranveer can be seen wearing a grey hoodie and shorts and wearing a black mask. Fans in the neighbourhood surrounded the actor's car and were clicking pictures and shooting videos of the actor. The Simmba star while waving to his fans also gestured to them to sanitize their hands well owing to the pandemic situation. Fans are heard saying ‘Happy Diwali’ and shouting his name.

#RanveerSingh snapped post his shoot. Climbs up on his car so he can address his fans well. ???? Rachana Shah

Meanwhile, Ranveer Singh recently started stepping out for work. He will next be seen in the film '83 and in a cameo for Rohit Shetty's Sooryavanshi. '83 directed by Kabir Khan was supposed to hit the theatres in April but has been delayed due to the pandemic. The film is based on the Indian cricket team’s victory at the 1983 World Cup. Ranveer plays former captain Kapil Dev while Deepika also plays his on-screen wife, Romi.