Ranbir Kapoor and Shraddha Kapoor are collaborating for the first time in this Luv Ranjan directorial. While the film is touted to be a romantic comedy, needless to say, it will also be having some interesting dance numbers and love ballads. Recently, we got a peek into one of the tracks of the film as a video from the sets of the film in Spain went viral. 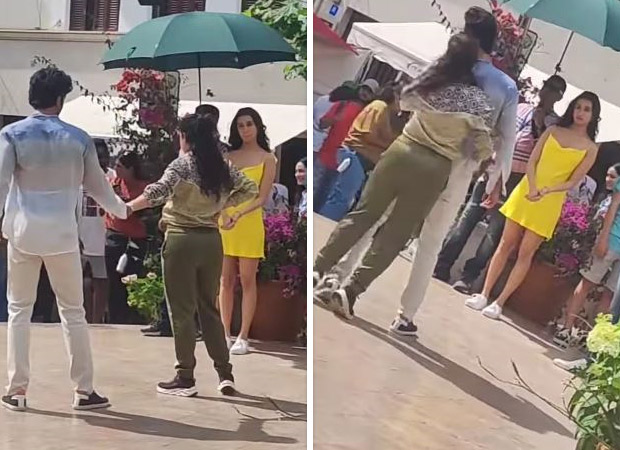 One of the fan pages of Ranbir Kapoor shared a video of the actor and co-actor Shraddha Kapoor shooting for a dance number on the streets of Spain. The video featured Ranbir in a cool blue shirt and Shraddha in a pretty yellow dress as the two were listening to the instructions given by the choreographer on the sets. We can also hear little tid-bits of the song and it seems like it is a peppy track. Here, have a look at the video:

Readers may be aware that Shraddha Kapoor recently took off to Spain to kick off the shoot schedule of the film and even posted about it on social media. On the other hand, we had earlier also reported that Ranbir Kapoor will be seen in the role of a therapist.  A source had confirmed the same saying, “This is the first time that the actor is working with Luv and this is also the first time that Shraddha and Ranbir will be seen together in a film. Another first for Ranbir is the character he is playing. He will be playing the role of a therapist who specialized in solving relationship problems of people."

Luv Ranjan announced a film with Ranbir Kapoor, couple of years ago and it will feature Shraddha Kapoor as the leading lady. Along with the duo, the film will also feature veteran actress Dimple Kapadia and it will also mark the debut of Boney Kapoor.

Also Read: Shraddha Kapoor arrives in Spain for the shoot of Luv Ranjan’s film, shares a glimpse of her travel