It is a known fact by now that Priyanka Chopra is a global celebrity and is known as the Desi Girl by all. But a recent video is yet another proof of how much people love the actress for her films and her fans were more than happy to show her with all the affection when they saw her recently. A video of the fans giving a shout out to the actress when they spotted her recently in the U.S. is going viral on the internet. Fan-clubs loved the fact that these fans there welcomed the actress by calling her 'Desi Girl’ – a name that became synonymous with her after the song by the same name became a chartbuster. 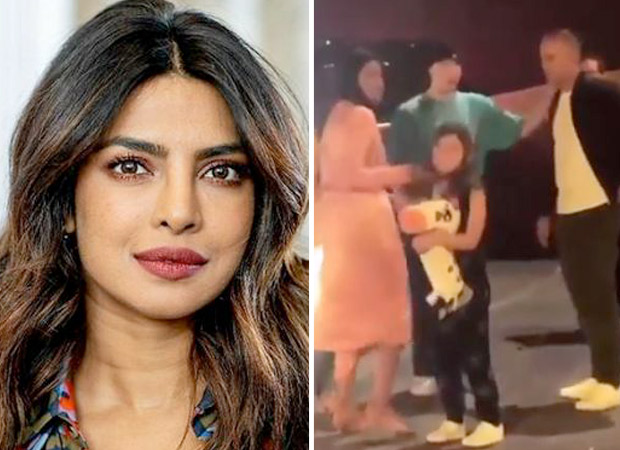 In a recent video that has surfaced online, Priyanka Chopra is being greeted warmly by one of her young fans. As the actress greeted her, needless to say, the fans were quite thrilled to see the actress and excitedly called her ‘My Desi Girl’ and also saying ‘Priyanka I Love You.’ Reportedly, the video was shot last month when they attended the Jonas Brothers concert in Atlanta.

A post shared by Imperfect Perfections (@priyankachopra_globe) on Apr 7, 2019 at 9:53am PDT

Recently, Priyanka Chopra also visited Pennsylvania with none other than her Jonas tribe which included her husband Nick Jonas and the other two brothers and their partners. The six of them seem to have had a gala time going by the pictures and videos shared by them on social media.

On the work front, Nick Jonas has become busy with his singles, albums and music career. On the other hand, Priyanka Chopra is expected to be returning to the big screen with The Sky Is Pink starring Farhan Akhtar and Zaira Wasim. The film is directed by Shonali Bose. If that wasn’t all, Priyanka is also expected to be working on an international project based on the life of Ma Sheela.