Kartik Aaryan has been linked to two actresses in the past one year – Sara Ali Khan and Ananya Panday. Interestingly, he has worked with both the newbies as well. He is currently promoting Pati Patni Aur Woh which stars Ananya and Bhumi Pednekar. The actors exclusively spoke to Bollywood Hungama recently about their upcoming film and had fun interesting answers during the rapid-fire segments. 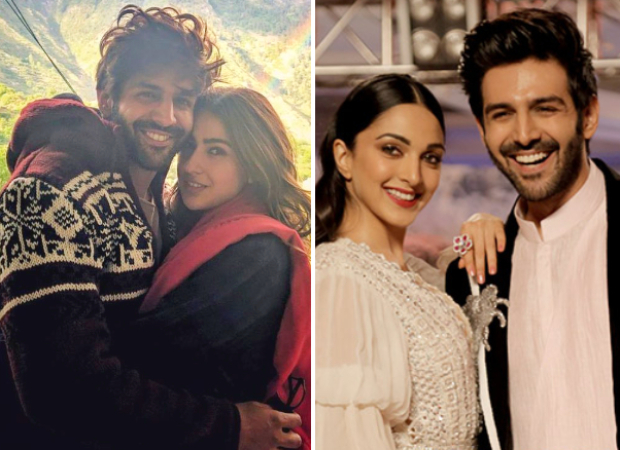 Kartik Aaryan has been linked to Sara Ali Khan ever since she said that she would like to date him, on Koffee With Karan. They went onto shoot Imtiaz Ali’s Aaj Kal which is a romantic drama set for Valentine’s 2020 release. Ananya Panday, who is also linked to Kartik, is starring in Pati Patni Aur Woh which is releasing on December 6, 2019.