Vicky Kaushal and Ranveer Singh were recently spotted hanging out together and will also be seen sharing the screen space in the upcoming magnum opus, Takht. Now, we are all aware of the trend that has recently started where the Bollywood stars promote each other’s movies via gestures. Vicky is the latest in line to take this trend up. He decided to promote his buddy Ranveer Singh’s Gully Boy by making a good ol’ Dubsmash. 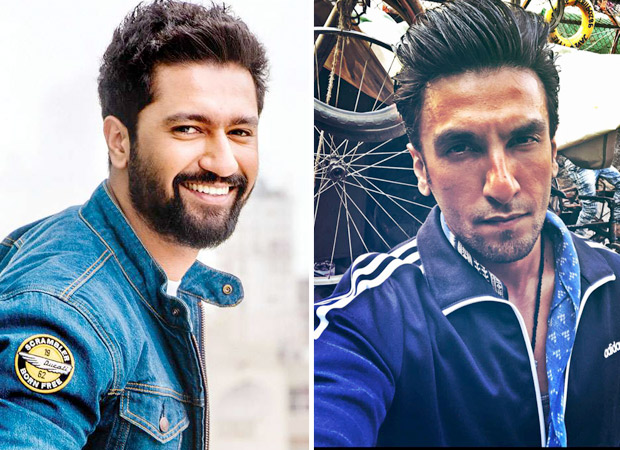 In the video, Vicky is seen syncing his lips to the tune of the film’s version of Meri Gully Mein. After watching his take on Meri Gully Mein, we can’t wait to see what it will be like to watch them both share screen space in Takht. Both the actors are immensely loved for their good looks (obviously!) and their acting. Vicky Kaushal’s URI: The Surgical Strike has recently crossed the milestone of 200 crores at the box office. Check out the video of VK posted by a fan on Twitter.

Gully Boy also stars Alia Bhatt and will hit the silver screens on 14th February. Both the lead actors are busy with the films promotions and have also left for their Berlin’s leg of promotions, last night. It is surely one of the most anticipated films of 2019 and it is only February!