Last Updated 07.10.2022 | 10:35 PM IST
feedback language
follow us on
Bollywood Hungama » News » Bollywood Features News » Vicky Kaushal is making us go weak in the knees in pastel green blazer and & trousers as he is all set to grace Koffee with Karan season 7

With the return of his celebrity talk show Koffee with Karan, Karan Johar is ready with a list of questions for some of the most well-known Bollywood actors to answer his racy questions. Karan Johar has dropped a promo of his upcoming episode of Koffee With Karan Karan 7, and this time two Punjabi Mundas - actors Sidharth Malhotra and Vicky Kaushal, are in the house. In it, they are seen gracing the sofa while sharing tales of their love life, humour, and future plans. 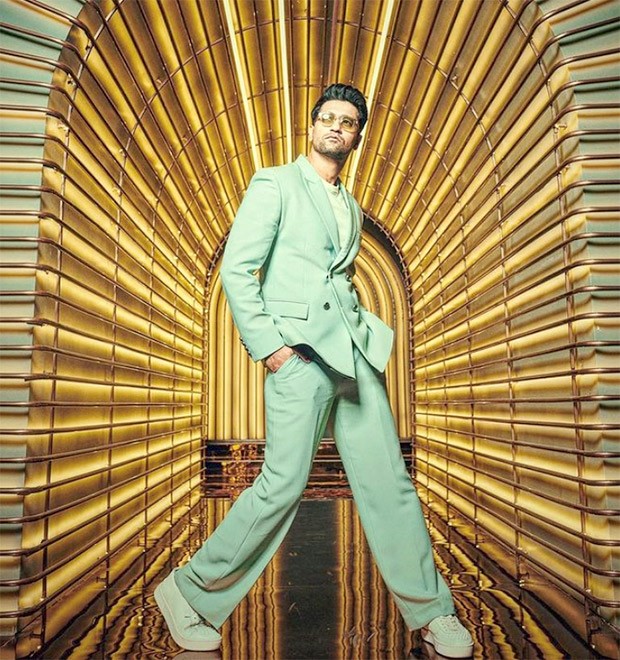 Ahead of the episode's premiere on Disney+ Hotstar on Thursday, Vicky Kaushal shared some dapper pictures from a photo session and he shared it with a caption that read: "Up next (coffee emoji)." Vicky chose a pastel green suit for the photo shoot, which had a backdrop of Koffee with Karan. He layered his outfit with a pastel green blazer and a white T-shirt with a round neck. He paired it with a pair of formal pants in a soft green colour. Vicky was just too handsome in tinted sunglasses, a clean hairstyle, and a patchy beard. Vicky's outfit was the ideal blend of casual with the round neck T-shirt and white sneakers. After he posted the images, they immediately received a deluge of likes and comments from fans and followers who swooned over his gorgeous pictures.

Vicky Kaushal and Sidharth Malhotra will share the couch in the upcoming episode, which will premiere on Disney+ Hotstar on August 18 at 12:00 am. According to the teaser, the episode would be entertaining thanks to Vicky and Sidharth's addition of the Punjabi tadka. 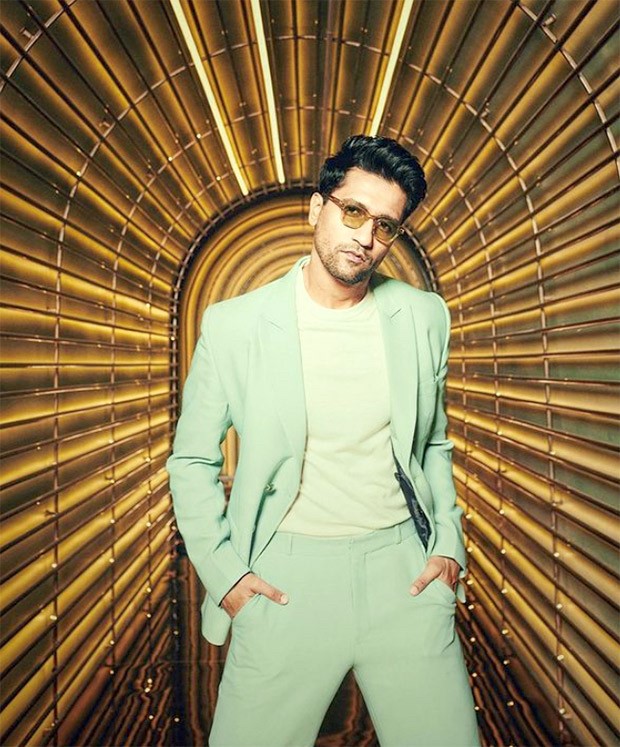 On the work front, Vicky will be next seen in Sam Bahadur alongside Sanya Malhotra and Fatima Sana Sheikh. Vicky also has Govinda Naam Mera with Bhumi Pednekar and Kiara Advani and Untitled film with Sara Ali Khan.