Vijay Deverakonda, Puri Jagannadh, and the team of Liger have been touring across the nation for their Fandom Tours. They have started their Telugu States tour starting from Warangal and needless to say, a huge crowd attended the event. At the event, hero Vijay and filmmaker Puri couldn’t stop appreciating each other and revealed that their bond is like that of a father and son. 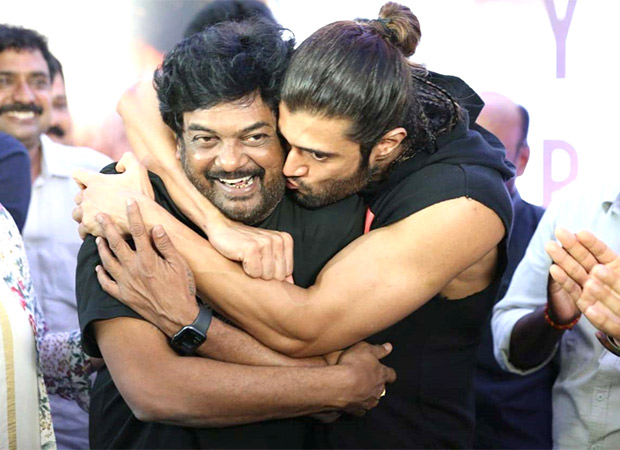 Vijay Deverakonda says Puri Jagannadh is like his father, filmmaker addresses him as his son at Liger Warangal Fandom Tour

At the event, Vijay Deverakonda spoke about his relationship with Puri Jagannadh saying, “Puri is like my father and Charmme is like my mother. We set out to fight no matter how many difficulties we face.  I am lucky to deliver the dialogues written by Puri. My favorite dialogue in Liger is 'We are Indians.. Podham Kotladudham... Aag Hai Andhar. Duniyako Aag laga Denge. Sab ki Waat Laga Denge..”

Puri Jagannadh spoke highly of Vijay adding, “My wife asked me to watch Arjun Reddy back when it was released. But I stopped after watching the movie for 45 minutes. The reason is that I thought of Vijay was because I felt he acted so honestly. That's when I decided to do a film with him. What I like about him is his honesty. Also, I have never seen a hero like Vijay. As a producer, if Vijay is given one crore, he says to spend it on the film first. If you send two crores later, knowing that we have debts, he sends us back asking to pay the debts first. Who says it these days?! Hats off to Vijay! Vijay's father asked to treat his son like my own son and told me to make a good movie with him. But Vijay treated me like a father and stood by me in my troubles.” Besides that he also thanked Karan Johar and Apoorva Mehta along with Mike Tyson for coming together for Liger.

Vijay Deverakonda was also impressed with the crowd that turned up at Warangal for promotions and  thanked them for all the love he received. “I don't understand why they are showing so much love. But whatever is happening, it actually started here. I will never forget the love you showered. On August 25, your love should be returned,” he concluded.

Liger is the maiden Pan-India film of Vijay and is releasing in Telugu, Hindi, Tamil, Kannada, and Malayalam languages simultaneously on August 25. It stars Ananya Panday as his leading lady.

Also Read: Liger Trailer Launch: Vijay Deverakonda reveals his mom was scared for him filming with Mike Tyson- “She did lots of pujas”