Varun Dhawan’s last film was Sui Dhaaga which impressed us big time. Though it was not a commercial film, he was appreciated for his acting and the way he approached his role of a small town weaver. Now, he is busy with Karan Johar’s Kalank which also stars his favourite co-star Alia Bhatt. While Alia left yesterday, it is Varun’s turn to do so. A picture has come out of him going in the rough terrain for the shoot. Inside sources have confirmed that whole of the cast and crew will be required to shoot for this portion. Looks like the makers will shoot a crucial partition portion or something which will go on for about four weeks at a stretch. Other actors of the movie: Aditya Roy Kapur, Sonakshi Sinha, Madhuri Dixit and Sanjay Dutt will join soon and it will be interesting because for the first time ever all these stars will come together on big screen. 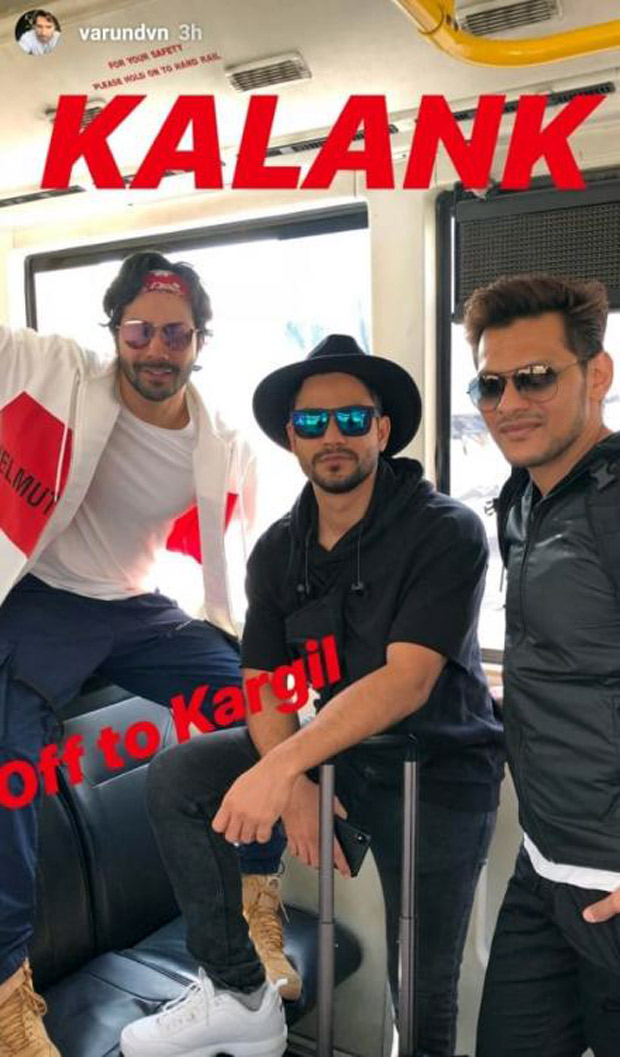 The highlight of the movie of course is the fact that Karan managed to pull a coup and got Madhuri and Sanjay together after many decades. They were one of the HOTTEST on screen and off screen couples in the 80s and 90s and also there were many controversies about them in filmy magazines. It is a treat to see Madhuri share space with Sanjay again. Madhuri plays a courtesan in the film and has some amazing dance sequences. Kalank is directed by Abhishek Varman of 2 States fame and is developed on a concept first envisioned by Late Yash Johar.

Varun was recently in the news after he made an appearance with Salman Khan on sets of Bharat. He shot for a special portion for him.