Last Updated 14.08.2020 | 3:52 PM IST
feedback language
follow us on
Home » News » Bollywood Features News » Bollywood News Varun Dhawan has the SWEETEST reaction to his fan gifting him a rose and his gesture will melt your heart!

We all know that Varun Dhawan has been referred to as the heartthrob of the generation Y. The actor time and again has not only been winning female fans with his acting and charm but he has also been winning hearts with his adorable gestures. After one of his die-hard fans ended up proposing him last time, this time around a female fan offered him a rose at the airport whilst he was returning from Kalank promotions. 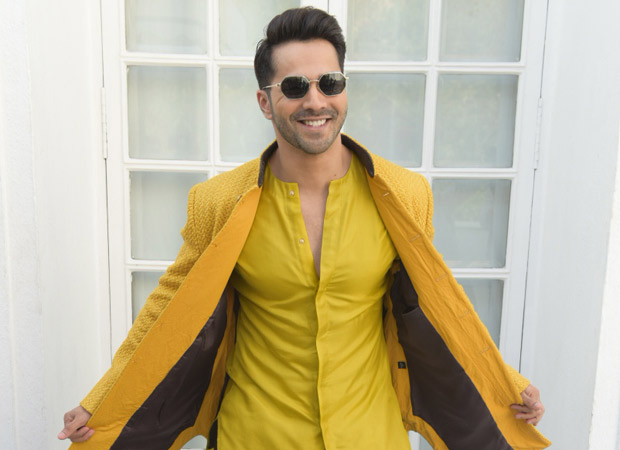 Well by now readers would be aware that Varun Dhawan often encounters fans at the airport and the actor is more than happy to oblige their selfie and photo requests. During the same, he recently encountered a fan who offered him a rose. Not only did he warmly oblige it but by the time he reached the car, Varun fondly pinned the flower on the lapel of his jacket. Wasn’t it his sweetest gesture for his female fan? Besides that, the actor was also seen having a brief interaction with his fan.

Varun Dhawan will next be seen in Kalank where he is paired opposite Alia Bhatt. The film, directed by Abhishek Varman, also features Aditya Roy Kapur, Sonakshi Sinha, Madhuri Dixit and Sanjay Dutt. The film is slated to release on April 17.

On the other hand, the actor will also be seen in Street Dancer 3D alongside Shraddha Kapoor. And he will also be a part of the Coolie No. 1 remake which will be directed by his father David Dhawan.

Also Read: EXCLUSIVE: Varun Dhawan’s Coolie No. 1 to be announced on his birthday, two chartbuster songs to be retained

Amitabh Bachchan steps out of his house for…