Bollywood actor Varun Dhawan posted a funny video of himself on Instagram. The actor can be heard singing ‘Humsafar’ from his flick Badrinath Ki Dulhaniya in the video. 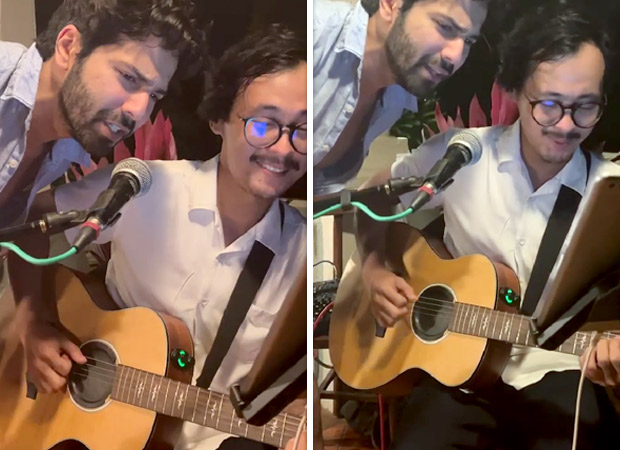 Varun wrote this about video when he shared it on social media, “Sing a song sometimes #humsafar.” Varun is singing alongside another singer who is also playing the guitar in the video.

Varun can be seen singing a song from his 2017 film Badrinath Ki Dulhania, which was a sequel to Humpty Sharma Ki Dulhania from 2014. The film was directed by Shashank Khaitan and starred Alia Bhatt in the lead role.

Meanwhile, Varun Dhawan was most recently seen in the 2020 film Coolie No. 1. He will next star in Bhediya. Amar Kaushik has directed the film, which is being produced by Dinesh Vijan. It stars Varun Dhawan and Kriti Sanon. The movie is set to hit theatres in November 2022.