Varun Dhawan and Natasha Dalal’s wedding has been the talk of the town for the last two weeks. Even though there was not an official announcement from the actor, adding two and two was not that big a task for his fans who figured that the heartthrob is all set to tie the knot with the love of his life. After dating her for several years, Varun Dhawan and Natasha Dalal’s roka ceremony had taken place back in February 2020, only to be wed almost a year later in Alibaug over the Republic Day’s long weekend. 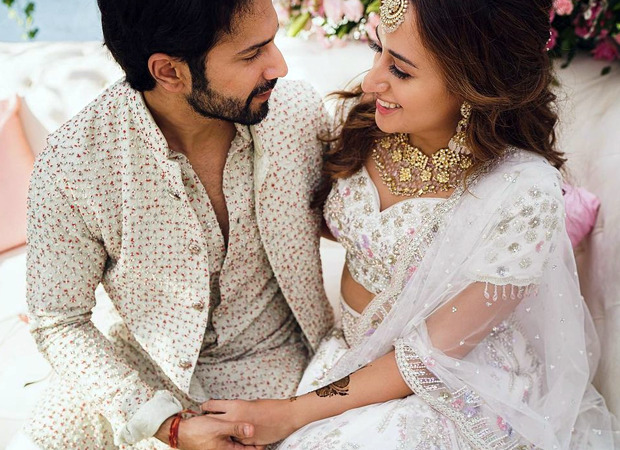 After celebrating the wedding in full-swing, Varun Dhawan and Natasha Dalal returned to Mumbai yesterday for their wedding reception and now, he took to his social media to thank his fans and well-wishers for all the love that they have showered on him so far. He took to his Twitter to write, “The last few days me and natasha have received so much love and positivity from everyone so just wanted to thank everyone  from  the bottom of my heart ????”

The last few days me and natasha have received so much love and positivity from everyone so just wanted to thank everyone from the bottom of my heart ????


The couple had been seeing each other for the past several years and are adored by each other’s families.

Also Read: Manish Malhotra captures the moments of dressing groom Varun Dhawan up for his wedding with Natasha Dalal