Varun Dhawan is currently on his second shooting schedule for Street Dancer 3D in London and is absolutely enjoying every bit of his shoot. From his mouth-watering cheat meals, to his dance number on the top of O2 Arena, we have every reason to believe that this project is going to be one of the biggest dance movies of all times. While he is enjoying the winters in London with the rest of his crew, he was also accompanied by his ladylove, Natasha Dalal. A certain fan page posted an adorable picture of the couple giving us major couple goals. 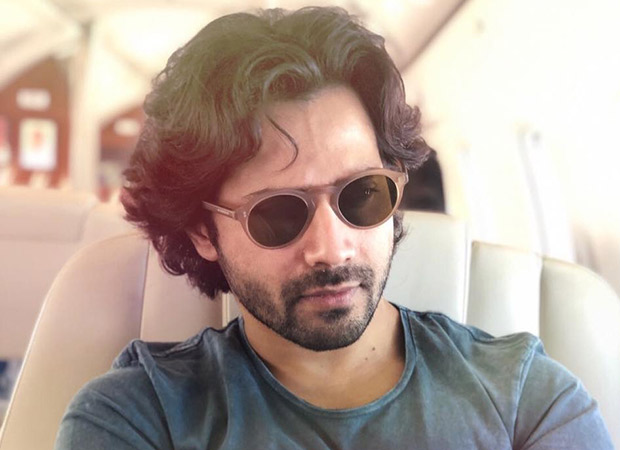 Speaking of pictures, while the rest of the world is still enjoying the blissful winters, Varun Dhawan is certainly raising the temperatures and thus maintaining a balance. The recent picture he posted on Instagram is all things hot! Attempting his version of Shah Rukh Khan’s signature pose, Varun is seen posing in front of a calm sunset, shirtless. After looking at the picture, we felt the need to stop working for a minute and just appreciate this fine specimen.

Take a look at it and we bet you will have similar thoughts.

Coming back to Street Dancer 3D, Varun will be seen starring opposite Shraddha Kapoor and Nora Fatehi has also been roped in. This Remo D’Souza directorial is slated to release on November 8, and it is going to be bigger and better!