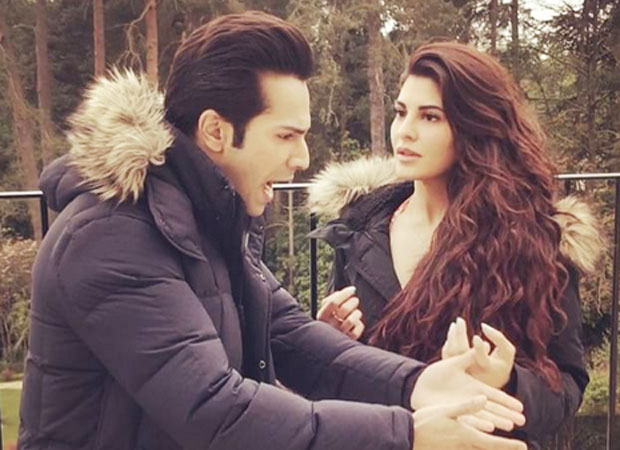 Jacqueline Fernandez captioned the said video as “Bieber is cominggggggg!!!! #bieberfever on the line but #judwaa2 on my mind!! Lift teri band hai @varundvn @shaanmu(sic)." Readers may know that, Jacqueline Fernandez is on cloud nine as she is hosting the global sensational singer Justin Bieber during his tour in India.

Besides Judwaa 2, the stunning Jacqueline Fernandez will be seen in films like Reloaded opposite Sidharth Malhotra and Tarun Mansukhani's Drive with Sushant Singh Rajput as her co-star.