Vaani Kapoor is coming together with Tiger Shroff and Hrithik Roshan for Yash Raj Films’ next and given the hoopla around the movie, it seems to be a big budget action and dance bonanza. The movie has Tiger and Hrithik for the first time on screen and that itself is a major USP of the film. We know that Tiger considers Hrithik as his mentor. Tiger is a bonafide Rs 100 crore hero with Baaghi 2’s box office success and therefore a lot is expected from this project with none other than his mentor, Hrithik. Vaani Kapoor will play female protagonist in the film and there are lot of fireworks expected between this terrific trio. In a recent interview, Vaani confessed that she feels that there is a fair chance that masses won’t notice her with Hrithik and Tiger on screen. 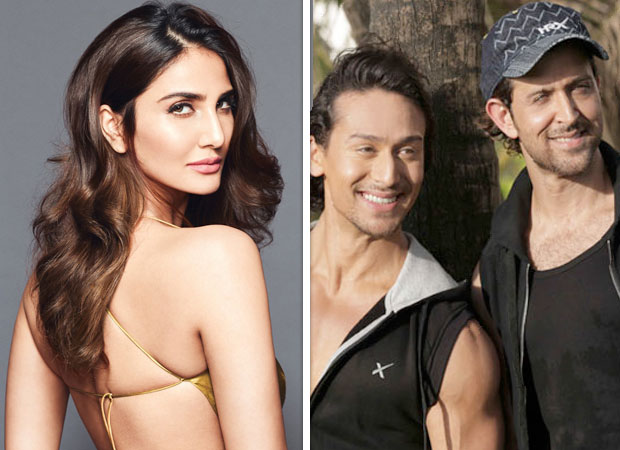 She said that she is amazed by how Tiger does amaze backflips and the way Hrithik looks, emotes and dances like liquid fire on screen! Whoa, now we are sure Vaani is a total fan girl on sets. But all said and done, Vaani is not such a bad dancer herself. Her chemistry and dance with Ranveer Singh in Befikre was appreciated by masses and we are interested to see what role she gets in this flick.

The makers had announced recently that it’s going to be an action extravaganza. Two globally acclaimed action directors are set to design never-seen-before jaw-dropping sequences for Hrithik Roshan and Tiger Shroff. The mega-action untitled entertainer will be directed by Siddharth Anand and is set to go on floors in February.

Also Read: From Spain to Sweden, here is the list of places the Hrithik Roshan, Tiger Shroff, Vaani Kapoor film will travel!