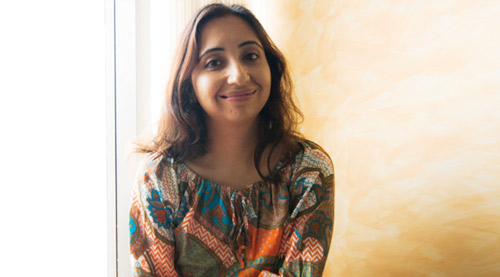 It was the Friday before Valentine's Day, when we saw the release of two romantic Hindi films viz. Fitoor and Sanam Re. However, alongside them was yet another release in the form of the Hollywood action flick Deadpool. Deadpool that catered majorly to an adult male audience, with oodles of cuss words, blood, gore and action, however posed an uphill task for marketing. Come the weekend figures and Deadpool that released across 800 screens in India has managed to record a stunning Rs. 17.12 crores at the box office over four days. To understand more, we caught up with Shikha Kapur, chief marketing officer for Fox Star India to understand what exactly went into making Deadpool a hit with the Indian audience.

Challenges faced:
"When we first received Deadpool, it came with a list of challenges that we would obviously face in terms of marketing the film", says Shikha. Elaborating further she adds, "See Deadpool, unlike the conventional super hero is this character who couldn't care less, he is constantly abusive, with loads of action, blood and gore. Now add to this that not many people here know who Deadpool really is, it's quite literally an unknown territory. So we essentially had a character that comes from no single franchise as such and we had to make him appealing to the audience. This was certainly a challenge, but we took it up as an opportunity, looking at it as though we are setting up a new franchise and I think this helped."

"Another difference we faced with Deadpool was that unlike the conventional superhero, this guy is not perfect, he has his flaws and imperfections. So the question was, how do we market a hero who isn't saving people all the time and has tons of imperfections?" adds Shikha. Apart from this, Deadpool also had to contend with two new releases in Hindi with Sanam Re and Fitoor hitting screens on the same day, both of which catered to the romantically inclined audience, especially with Valentine's Day around the corner.

However, the hurdles didn't stop there, instead the film that targeted mainly the male populace was rated R internationally and in India, it released with the 'Adult' tag further limiting its scope at the box office.

What really happened?
Despite Deadpool being an uphill task in terms of selling to the Indian audience, the team at Fox Star India lived up to the challenge. With a screen count of just 800 screens, and the movie being dubbed in Hindi, Tamil and Telugu, Fox managed to keep its approach focused and streamlined. "I can say we approached the challenges like opportunities and took them head on. I think this approach worked in helping us think out of the box, especially since we were not coming at the back of a franchise", says Shikha.

Commenting on how they overcame the hurdles, Shikha says, "Instead of looking at what we had, we developed a check list of sorts of things we could actually do and what worked in our favour." Elaborating on how Fox managed to cut across the diaspora to connect with the different audience segments, Shikha says, "When you look at Deadpool you cannot place this film in any particular box, because the moment you do that you will be faced with a list of things you cannot do, resulting in the film falling into a dump. So we decided to go at it like a usual release and dubbed it in four languages. This was I guess a first of its kind for an R rated film, and it paid off with the English dubbed version making up for 65% of collection, Hindi at 22% and the rest coming in from Tamil and Telugu. In essence we knew that this was one film that we would need to disrupt the mark for and that's what we did."

"I think by the sheer content and the fabric of it, we had to essentially disrupt the conventional channels of promotion, distribution and marketing. Hence for that we took communication to different platforms be it mobile, online or on ground activities, we did not limit the film to any segment. In fact we did not even try to fit into the Valentines space, or the conventional Hindi movie space. Instead we decided to be focused and not be all over the place, while at the same time giving the film a typical release that any other film would get," says Shikha.

"But at the end it is the content that creates the strategy, we can develop innovative campaign for each release, however you need to see how we can convert the audience who are usually sitting on the fence into on ground theatre going audience. So we targeted the 18+ male target audiences with two main filters, one being organic content to drive virality and the other was to stay true to what Deadpool is and not shy away from it", explains Shikha.

Further talking about their approach Shikha adds, "Usually we do not encourage user generated content (UGC), but with Deadpool we saw a lot of UGC being developed and pushed on social platforms. Though we didn't push that content we came up with different content from the film to boost overall virality. Apart from this we also tied up with the JJ school of Arts and did this whole paintings and effigies that we did across Mahim, Juhu and other places."

"At the end of the day, I think our gruella approach to marketing helped a lot of course with the content itself", concludes Shikha.