Priyanka Chopra Jonas who is a global star today, released her memoir titled Unfinished on February 9. In the book she has spoken in detail about her personal and professional life. The actress has also shared family pictures that she has never shared on social media. 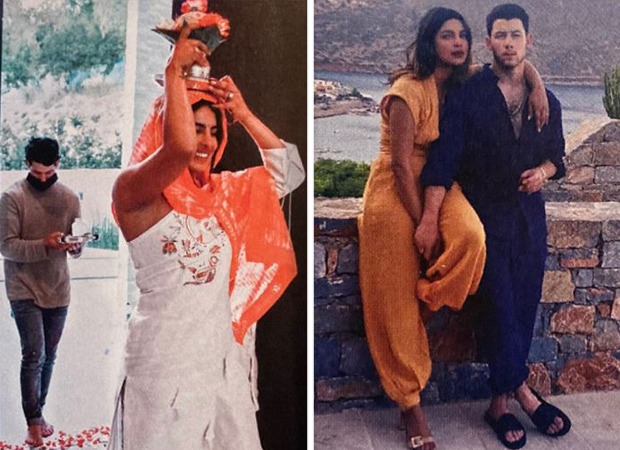 Now, pictures of Priyanka and her husband singer and actor Nick Jonas from the book have gone viral on social media. One of the photos doing the round is from their griha pravesh ceremony in which Priyanka can be seen holding a traditional pot on her head with Nick in the background. The couple shifted to their Los Angeles home during the lockdown last year. “Moving into our new house during quarantine was unusual but we made the best of it, including a Griha Pravesh (house warming) ceremony," the picture has been captioned in the book.

????|| Some pics of Nick and Priyanka from her new book! pic.twitter.com/QzukPkW1MC

A photo of the couple from a few hours after their engagement also made it to the internet. As per the caption on the picture, it was clicked at the magical island of Crete in July 2018.

Apart from the above, a picture of Nick and Priyanka dancing at their wedding and the couple posing with their pets also made its way onto social media.

ALSO READ: In her book, Priyanka Chopra shares what she learnt from her first co-star Vijay