Deepika Padukone and Ranveer Singh got married in a series of ceremonies across Lake Como,  Bangalore and Mumbai. While we got to see so many pics of the couple over many days but this one pic which has surfaced on the internet right now has a special place in the actress's heart. This image features Deepika with mom Ujjala, dad Prakash and sister Anisha. The Padukones look regal and amaze in this avatar. Look at the pic and you will know what we are saying. This one pic is from the first reception that the couple hosted in Mumbai. The couple wore Sabyasachi couture to the gala event. Ranveer is absent from the picture but is conspicuously present, given his personality! 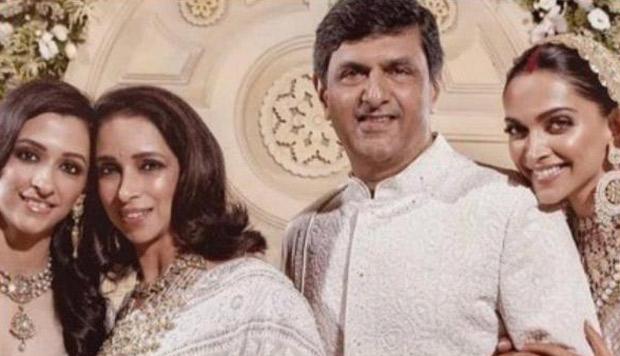 Ranveer is neck deep in the promotions of Simmba and will go on honeymoon only after the movie is released on December 27. Deepika also mentioned that releasing Simmba is their first priority now and that everything else has taken a back seat. She too is coming back on screen after a long time as her new project Chhapaak with Vikrant Massey is announced. She is playing an acid attack survivor in this movie.