The Korean music industry is booming with big comebacks. One of the highly anticipated comebacks is that of popular K-pop female group TWICE. The group dropped their second full-length album 'Eyes Wide Open' on October 26, 2020. 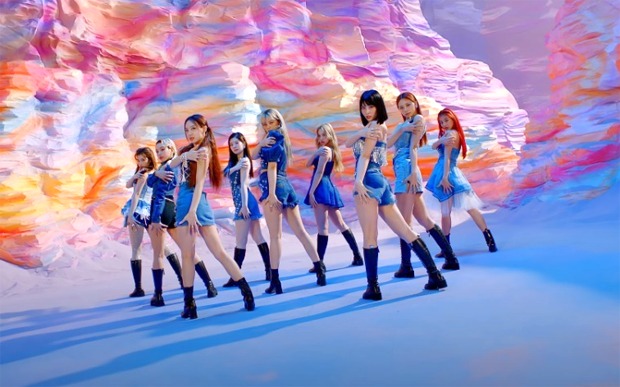 The song 'I Can't Stop Me' is a synth-wave track that beautifully captures the emotions of the members who are trying a make a choice between the good and the evil. "That spot spot spotlight that watches me / As it shines, it sucks into the darkness / I can see the end, I know it’s not right / I can’t stop me, can’t stop me," the emotions perfectly reflect in the lyrics.

The retro concept with visually cinematic sets, the crisp choreography, the beautiful vocals blending perfectly with rap verses truly reflects one thing - TWICE is maturing with their sound. The members - Nayeon, Jeongyeon, Momo, Sana, Jihyo, Mina, Dahyun, Chaeyoung, and Tzuyu - leave a mark with their spot on-screen presence especially the part where their outfits seemed to have been an ode to Clueless. The train sequence is a callback to their track 'Like OOH-AHH'. The song has been penned by Park Jin Young and Shim Eun Ji and composed by Melanie Joy Fontana, Michel Lindgren Schulz, and A Wright.

The 13-track album is not released and is a very cohesive album. It has songs for every mood. The members have participated in the lyrics and composition.

TWICE released their ninth mini-album 'More And More' released on June 1, 2020, along with a music video.