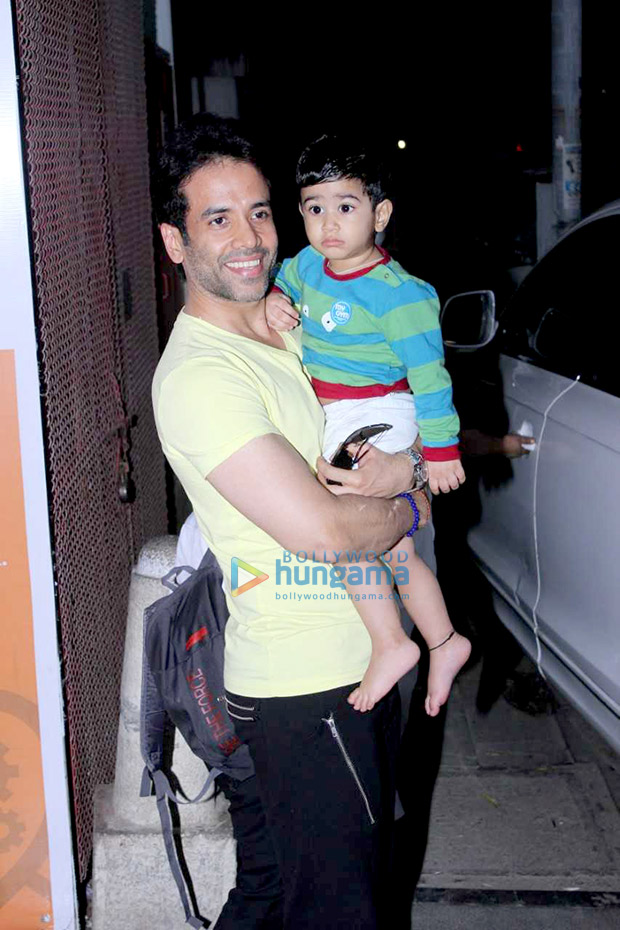 Tusshar Kapoor, who has had a big blockbuster recently, is also enjoying his life on the personal front. The actor can’t get enough of his son Laksshya and is often seen sharing stories about him to his friends and media.

While even Kapoor’s friends have time and gain spoken about how adorable Laksshya is, Tusshar too tries to spend as much quality time as possible with his toddler. In fact, Laksshya even accompanied his father for the shoot of Golmaal Again wherein Tabu was seen appreciating the toddler and his antics. 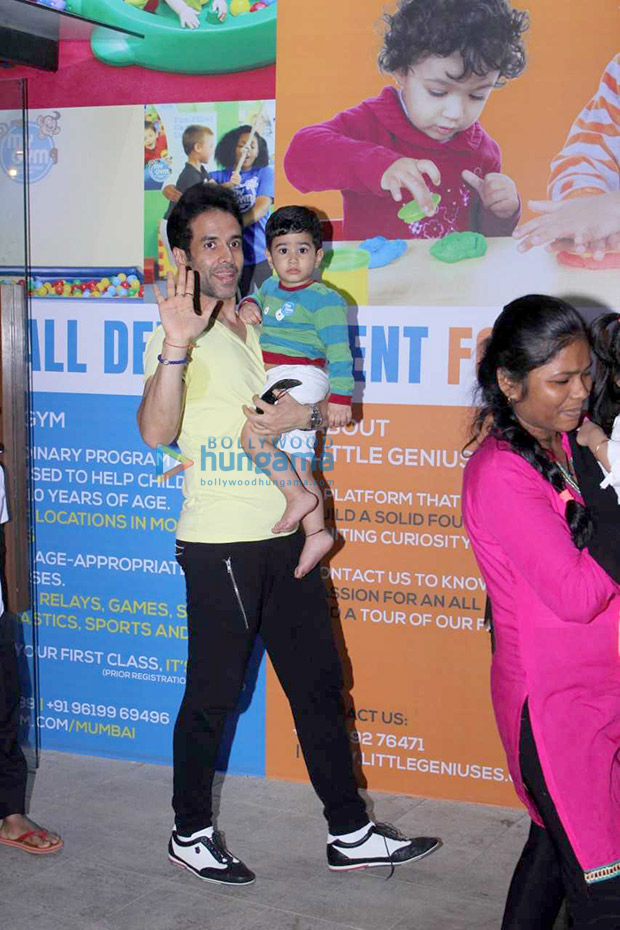 Now we hear that Tusshar has taken the internet by a storm when he was recently spotted with Laksshya. Reportedly, the actor had taken his son to the toddler gym to spend some fun time with him and that’s when he was snapped by the paps around. Sources close to the actor claim that Tusshar Kapoor has even underwent a major change in his lifestyle after the arrival of Laksshya and tries to be around him almost the time.

On the film front, last seen in Golmaal Again, Tusshar Kapoor is yet to announce details about his forthcoming ventures.