As we mentioned many times before, Indra Kumar is all set to reunite the iconic duo of Anil Kapoor and Madhuri Dixit after 26 years in Total Dhamaal. While the actors will be seen creating sizzling chemistry onscreen, the duo’s relation will also have a twist! 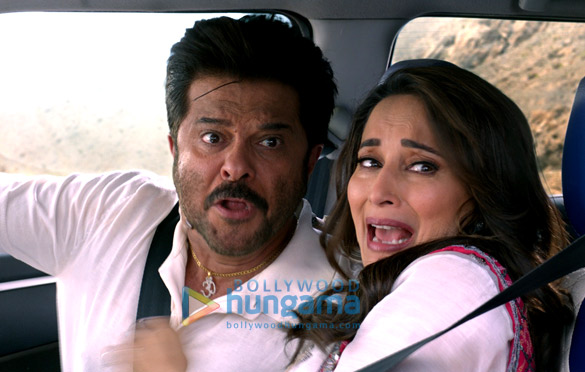 In a never seen before avatar, Anil and Madhuri will be performing adventurous stunts for the film. A source close to the film said, “For a scene in the film, the two actors had to drive on a wrecked bridge over a valley and to take it to the next level the duo performed stunts on a real rapid!”

Confirming the same, Indra Kumar said, "For both, Anil and Madhuri, it’s been a long time and they generally don’t do this kind of stunts anymore but I made them jump from a height of maybe around 300 feet! And Anil and Madhuri both themselves did their actual stunts! They had to jump through a waterfall. Their car goes over the waterfall and they are sitting on top of the car and they jump off and the car also comes down with them. So, it was a shot which required them to do this. I didn’t want to use duplicates or stunt doubles and told them that they have to give this shot themselves. I wanted a wide shot and looking at the scene, even I was quite apprehensive. If you told me to jump I wouldn’t! But they had the guts and bravado, being such great professionals, they jumped and it is a beautiful shot in the film.” 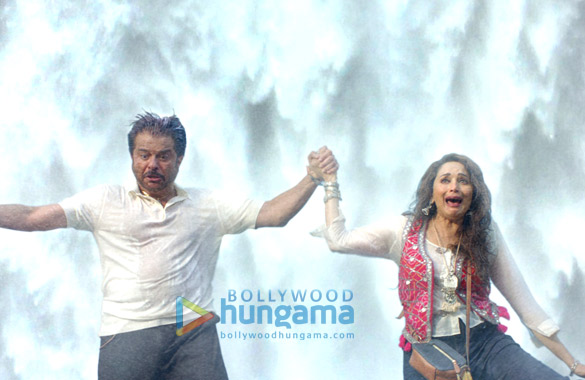 He continued, “And there was a bridge which they needed to cross, it was again 200 feet in height and it was very weak and on that they had to drive. We had the fear that it might just collapse if there was the slightest pressure. But God has been kind and we got a great shot. Being a never seen before adventure comedy and with so much of stunts involved, you have to take a risk. We took the risks and the result is there for the audiences to see when the film releases!" 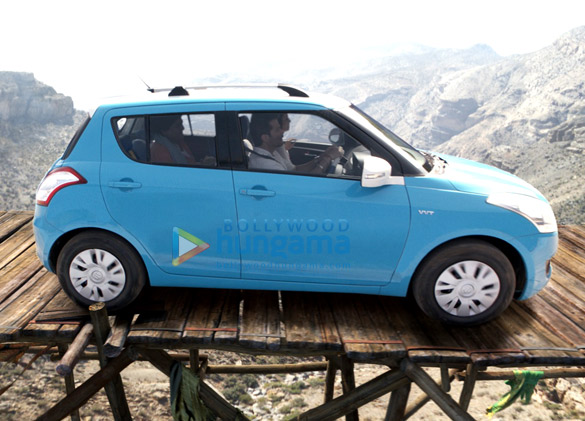