Actor Rishi Kapoor dug up an old photo from the archive and shared it with his fans and followers on Twitter. The picture has a nearly 10-year-old Rishi Kapoor enjoying cola with his friends including Boney Kapoor and Anil Kapoor. 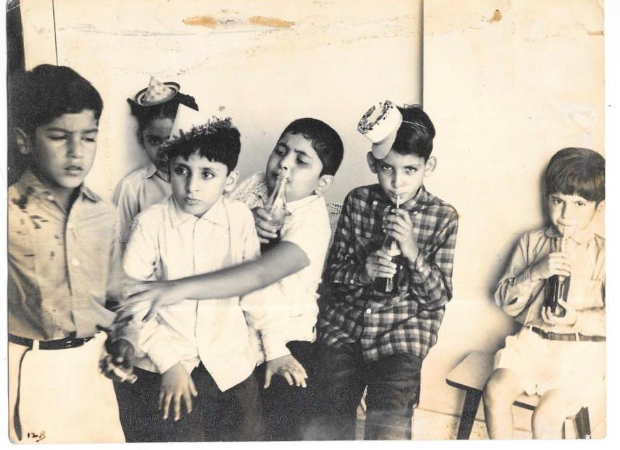 The picture seems to have been taken at a birthday party. While Rishi Kapoor is seen snatching something from a friend, Anil Kapoor is sitting in the corner and quietly enjoying his soft drink.

The post is flooded with likes and comments. One fan even compared Rishi’s adorable looks as a child to his niece Kareena Kapoor’s son, Taimur. “Sir you would have given #TaimurAliKhan run for his money had you born in recent times,” they wrote.

Meanwhile, on the work front, Rishi Kapoor will be next seen in The Body. This one will see Emraan Hashmi alongside the veteran actor for the first time. The movie is slated to release on December 13, 2019.