Last Updated 27.10.2021 | 10:52 PM IST
feedback language
follow us on
Bollywood Hungama » News » Bollywood Features News » “Salman Khan came into my life like an angel” – said Bobby Deol about getting an opportunity in Race 3

Bobby Deol is making a comeback after four years in action entertainer, Race 3. The film, which is set for Eid release, stars an ensemble cast of Salman Khan, Daisy Shah, Jacqueline Fernandez, Saqib Saleem, and Anil Kapoor. Not just films, Bobby Deol is also making his comeback on stage after seven years at the upcoming IIFA Awards 2018. 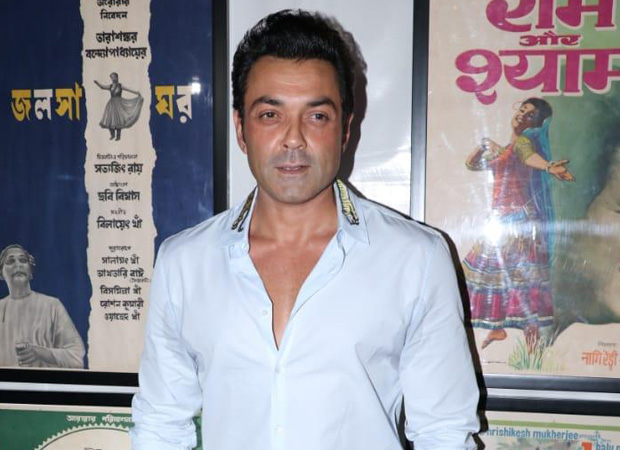 At the press conference for IIFA on Tuesday, Bobby Deol talked about returning to films and stage. When asked whether he was nervous, he said, "No, not really. I do not feel nervous. I have nothing to lose, I lost out on a few years of not working and performing, so now I just want to do it."

There were reports earlier that suggested that after Race 3, Salman Khan will be producing Bobby Deol's next film. Talking about the same, he said, "Salman came into my life like an angel. He is the most awesome human being I ever met in my life. He is not doing it as a favour, but he is doing because he sees a fire in me."

Meanwhile, Bobby Deol will be seen in another multi-starrer Housefull 4 which is set for next year's release. He is also shooting for Yamla Pagla Deewana Phir Se with Dharmendra and Sunny Deol.