We all know the abundant work done by Sridevi in the Indian Film industry. Her sudden demise not only left her colleagues and family in shock but also her fans. It seems that they are missing their favourite idol terribly as one of her throwback pictures have surfaced suddenly on many platforms. It features her with her daughters Janhvi Kapoor and Khushi Kapoor. 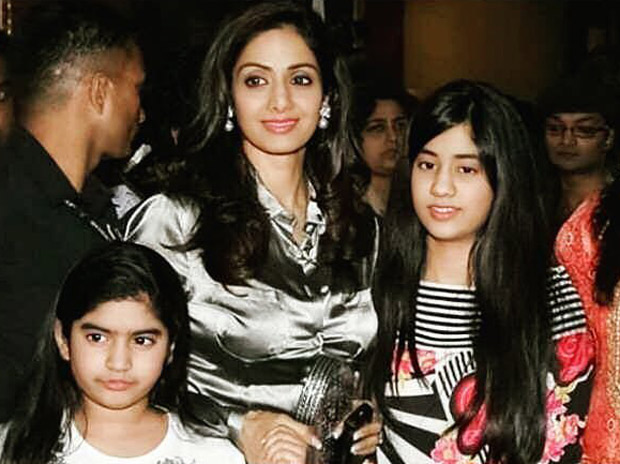 Going by the childhood photos of Janhvi Kapoor and Khushi Kapoor along with Sridevi, it seems that the picture was taken way back in 2009 during the press meet of Salman Khan starrer Wanted. The film, which is a remake of the South film Pokkiri, was produced by Sridevi’s husband Boney Kapoor. The picture seems to have found its way on various social media platforms as fans as they fondly remember the actress.

This is not the first time where fans have shared her rare throwback pictures. In the past, on many occasions, fans have posted some rather unique flashback photos of the actress on the said platforms.

Sridevi passed away in 2018 when she was in Dubai attending a family wedding. The actress was found dead in the bathtub of her hotel room in the city and her post mortem report stated that the cause of death was due to accidental drowning. She was last seen in the film Mom which went on to receive accolades not only in India but also abroad. She had also shot for a special cameo in Shah Rukh Khan starrer Zero.

Also Read: This co-star of MOM Sridevi will feature with Janhvi Kapoor in the film Gunjan Saxena biopic and the actress is super excited about it!