If there is one thing we wouldn’t doubt is the immense hard work that has gone behind the making of one of India’s grandest films – Jodhaa Akbar. From the sets to the costumes to the prep that the actors had to undergo, it was extensive to say the least! While this movie wasn’t made during the social media days, we are glad that the memorabilia from these cults are finding its way to the platforms- just like these behind the scenes photos of Jodhaa Akbar did! These BTS photos of Hrithik Roshan and Aishwarya Rai will take you on a rewind mode too! 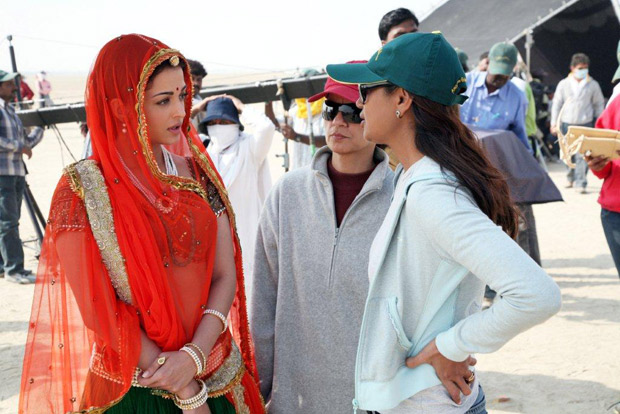 The official Instagram page of Ashutosh Gowariker’s production house AGPPL seem to have shifted to nostalgia mode. After posting pictures of his films like Lagaan, Swades and even What’s Your Rashee and Khelien Hum Jee Jaan Sey, the production house has now shared the behind the scenes pictures of Aishwarya Rai Bachchan and Hrithik Roshan in their Jodhaa and Akbar attires:

While filming the hand-to-hand combat between Akbar & Sharifuddin for #JodhaaAkbar, @aishwaryaraibachchan_arb, @neeta_lulla & @sunita.gowariker discuss the controversy surrounding the name Jodhaa at the time of filming. The team ultimately won the case due to #AshutoshGowariker’s research and stance that Jodha was known by many names. #BTS

‪#BTS‬ ‪As sample film posters reach the set, a creative discussion takes place between #AshutoshGowariker & @hrithikroshan, as our Akbar himself gives his inputs. #JodhaaAkbar ultimately released a total of 15 posters during the film’s promotion.‬

Let us tell you that Ashutosh Gowariker is currently busy shooting Panipat, another period drama set in the backdrop of the battle of Panipat. The film brings together Arjun Kapoor and Kriti Sanon for the first time and this will also be their first historical drama. It also stars Sanjay Dutt in the lead role. The filmmaker went into a nostalgia mode recently when he met action director Glenn Boswell on the sets of his recent film after which the official Instagram page of the production house has been sharing behind the scenes pictures of many of its previous films.