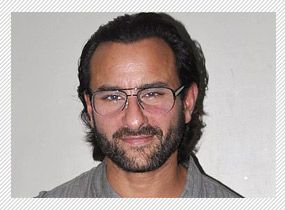 Go Goa Gone has hit the screens and if early reports are anything to go by, the multiplex friendly film is finding some good reports for itself. While the film is now being spoken about for zombies and their 'keeling', thankfully all talks of smoking as well as Goa being shown in a negative light have died down. Arriving 100 days after the release of Race 2, Saif Ali Khan is happy to spearhead the film and anchor the proceedings as Boris.

So who really is Boris?

(Smiles) Well, as you know by now, he is this 'gora' type of Indian who has learnt Russian and is now hanging out with the Russian mafia. He is actually a big fraud from Delhi and also a drug dealer. He is cool, he smokes Cigar. However, before someone starts questioning the smoking bit let me add that there is much more to Go Goa Gone than me smoking a Cigar.

It seems to be a reasonably big deal for your production house Illuminati Films as well, what with as many as three films (Agent Vinod, Cocktail, Go Goa Gone) in a matter of one year.

I am happy that I have been capable of doing that along with Dinesh (Vijan). We have made four films already and they have all been pretty well made. I have thoroughly enjoyed each of these films. My collaboration with Dinesh really works because he is someone who is not just good with numbers but also very creative. We got along really well during Being Cyrus and since then have been friends. We are good bouncing board for each other.

Taking a call on making a film like Go Goa Gone would have required a lot of bouncing on the board, isn't it? After all, the subject is truly alien.

See, multiplex audience has changed and there is a lot of money to be made in this market. Idea is to bring in something really new and hope that people will enjoy what you have to offer. There is always a certain element of risk though but then you have to be humble all along.

The film seems to be hardly following a humble course, what with a bunch of crazy actors coming together with their crazy acts.

Oh yeah, it's all there if you really want to pick and choose. Our industry is huge with so much talent all around. All you need to do is have a keen eye while picking and choosing. Also, what you need is some good planning. As an industry, the need of the hour is to spend a lot of time in doing the right thing rather than simply picking up what is in front of you. One needs to be thinking out of the box.

Well, your film's cast is indeed out of the box, what with a combination like that of Kunal Khemu, Vir Das and Anand Tiwari.

All credit to directors Raj and D.K. who have brought this young talent together. These guys are brilliant and really funny. They are good, fresh actors. Like for example, something that Anand has done in the film is world class. Just the way he laughs and squeals and runs in fear of these zombies is amazing. The kind of desperation that he creates is incredible.

TXT members try to escape out of frozen…

“Radhe – Your Most Wanted Bhai has got…

Miley Cyrus gets a makeover for Saturday…