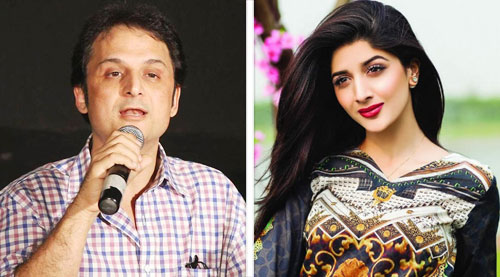 Relations between India and Pakistan might be hitting an all-time low. But the two top leading ladies of Pakistan, Mahira Khan and

Mawra Hocane are a part of the Bollywood movie industry.

While Mahira will make her debut later during the year with Shah Rukh Khan in Rahul Dholakia's Raees, Mawra Hocane whose parents live in Sydney,

Australia works in Pakistani films and is now open to working in Bollywood.

Vinay Sapru, the co-director of Mawra's first Bollywood film Sanam Teri Kasam says he was very sure he wanted Mawra for his film. "Mawra had to play

actors who have already made a name for themselves in other parts of the world. Mawra is huge in Pakistan and her co-star Harshvardhan Rane is a major

Telugu star. Both bring a virgin freshness to their characters in Hindi."

Sapru says Harshvardhan is exceptionally talented, "although he isn't a Kapoor or a Khan".

"We have the similar-sounding Ranbir and Ranveer co-existing in Bollywood."