The Sky Is Pink, starring Priyanka Chopra and Farhan Akhtar, is a love story told through the eyes of their terminally ill daughter Aisha, played by Zaira Wasim. The film is believed to be filled with ample humane emotions, stirred by Niren (Farhan) and Aditi (Priyanka), Panda and Moose as their daughter calls them. In a recently released behind the scene video shared by Priyanka, the two are seen pulling off a number of such heart-warming scenes. 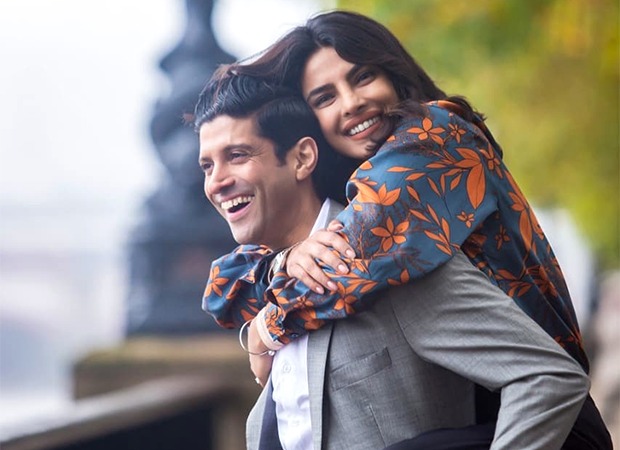 "Playing Moose and Panda was as much fun on screen as it was off screen.... watching this behind the scenes reminded me just how much," wrote Priyanka. Watch the video below.

Playing Moose and Panda was as much fun on screen as it was off screen.... watching this behind the scenes reminded me just how much!#TheSkyIsPink in cinemas Oct 11https://t.co/6onOeFGDNc

In the video, director Shonali Bose discusses the two characters and shares, “They were very opposite in personality, Moose and Panda. And yet, as a couple they have this amazing chemistry and togetherness. Through all the ups and downs in their lives, this couple stuck together. They found humour, they found romance in all kinds of situations. So, I really find it an epic love story and I think an ordinary couple being extra ordinary is epic for me.”

The film, also starring actor Rohit Saraf, was recently premiered at the Toronto International Film Festival. It is slated to release in India on October 11, 2019.

Also Read: VIDEO: Priyanka Chopra Jonas talks about how she dealt with her father's death