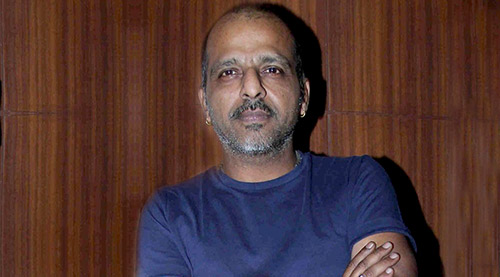 After Badlapur, yet another dark and gritty drama has been accepted well by the audience. NH10 is managing good footfalls during the weekdays as well and is set to enjoy a good fortnight ahead till the end of the month at least. While for producers Eros, Phantom and Anushka Sharma it is good news indeed, director Navdeep Singh too is heaving a sigh of relief. After all, even though his Manorama-Six Feet Under is hailed as a classic today, back then on its release the Abhay Deol starrer was a commercial failure. However, with good marketing and promotion complimenting the content, NH10 has netted over 20 crore already.

Navdeep, since the film had so many producers out there with Anushka Sharma, Anurag Kashyap, Krishika Lulla, Vikramaditya Motwane, Madhu Mantena and Vikas Behl coming together, there were indeed too many cooks for NH10. So how did you ensure that you were the only chef?
(Laughs) Anurag didn't meet me during the shoot and we may have chatted once or twice earlier. Same holds good for others as they were quite hands-off. Since many of them are directors themselves, they knew what are the kind of inputs a director wants, when to help and when not to help. They just said to me that 'Navdeep, tu bas apni picture bana aaraam se'!

And then you went ahead and told a violent tale!
Yes, there was need of action and violence in the film. But then if you look at it, there is also a very strong story and emotional graph that keeps the narrative moving.

Were there any problems in shooting the film at real locations?
It was quite difficult. Originally I wanted to shoot the entire film in Haryana but then in our very first schedule, we had quite a few issues with crowd control. Somehow people were just not allowing us to shoot. There were thousands of people who used to gather out of nowhere. So for the second schedule we went to Rajasthan.

Didn't you ever worry during the film's making that it was getting deep into a dark and grim zone?
No, because the story itself is so engaging that you constantly want to know what would happen next. It is an edge of the seat experience. Compared to Manorama - Six Feet Under, NH10 was designed to be quite fast and racy. Since it is mostly set as a one night story, it necessitated good pace in it. I knew that audience won't be worried about the so-called dark mood. The way they have reacted to the film, guess our conviction paid off after all.